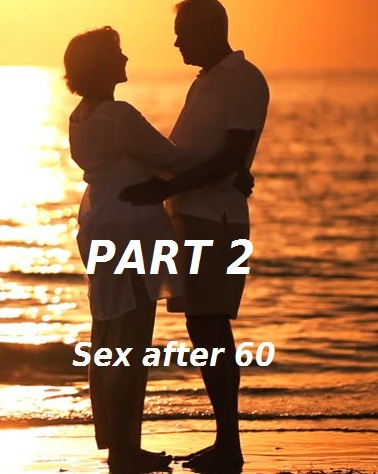 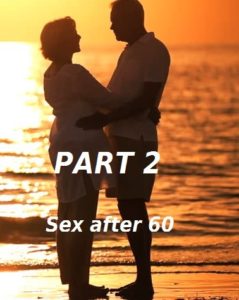 A feature of “Art’s World” about 10 days ago the subject was “Sex After 60?” and the response to this feature was absolutely fantastic and I thank you for that all of the views, comments, etc. The piece was mostly from a female point of view but it was also geared to both sexes. In this part 2 I want to give you the perception from both a male and personal point of view.

Contrary to what most people (younger) think, sex does exist and take place with folks over sixty and beyond. It is not a myth, it is a reality. I know it is a hard thing for some young people to believe their folks have sex, but how the hell do they think they got here, by divine intervention? Like it or not older people are having sex more now than ever before. Most important of all they are enjoying it to the fullest extent and it is adding to happier lives. 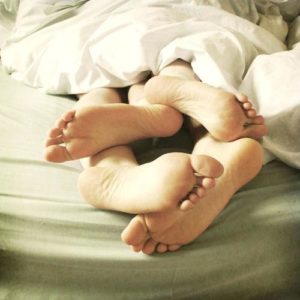 Now we all know that physically, as we get older, we undergo changes that can  affect sexual activity, for better or for worse. Older folks may not be as agile and limber as they were in their twenties making certain positions either uncomfortable or impossible. But the plus side of that problem is discovering new ways to have sexual enjoyment you may have never experienced when you were younger (a lot of it because back then you were told sex was sinful and only for procreation nothing else). Ridding that barrier alone opens up a whole new world of sexual pleasure to be discovered and enjoyed.

The biggest problem men face as they advance in age is their erections may not come as quickly as they once did. But that can also be a good thing because instead of the “quick trigger” you may have experienced when you were younger, now things can be done at a more leisurely and relaxed pace. In addition, over the years many men learn the art of control and pacing to last longer before they cum. There is no pressure and it allows for a more sensual approach that can please both partners. Another big plus for men is products such as Viagra, Cialis and Levitra are available to help men today. Years ago before these “helpers” were invented and on the market, unless you were lucky physically with great genes you might have been doomed sexually in your senior years. 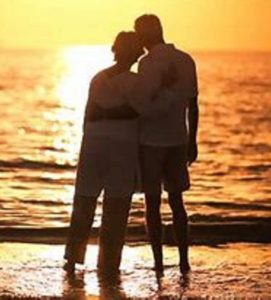 Another situation for many men is after they have been in a relationship for a long period of time, had a decent sex life then lost their longtime partner can have a major effect mentally and physically. As a widower most men retreat somewhat and sex is not something they have interest in or want to pursue. I know that feeling first hand as I went through it with the loss of my wife. But somewhere along the line the urges begin to come back and suddenly many men are ready for a new relationship as well as new sexual pleasures. It doesn’t happen overnight and it does take time for most. However, once the male’s “sex shop” is re-open for business it can be a very rewarding time for all concerned.

There is also another area where seniors are very active in when it comes to sex, the swinging lifestyle. I have been a part of it since the early 1980’s, first with my late wife and now with my fantastic partner of the past ten years. I have seen the changes in the lifestyle over time as it has become a much more mature and older group of people who have come into the lifestyle, especially in the past ten years. Why? There are a number of reasons. First, once they become “empty nesters” they have a lot more freedom. If they are fortunate to be retired they have time for more fun things to engage in. They also decide together it is time to open up sexually and discover new things, new friends, new pleasures and not let their age be a factor. I can tell you this from personal experience and of all the people we know in the lifestyle. They may be over sixty or seventy, but you would never know it by their looks, their attitude, their honesty and their desire for sexual pleasure in a variety of ways. Many of them are experiencing things sexually they never had tried, or even thought of, when they were younger and they are enjoying these new found pleasures to the hilt. The older people who are part of this lifestyle continually prove the old adage that “age is only a number”.

Now, let me make one thing very, very clear. Swinging is not for everyone regardless of age, so I am not saying this is something you have to try, it isn’t, that is strictly a personal choice. On the other hand just because you are over sixty doesn’t mean sex is something to be left in the past with other memories. You will be amazed at how much you can enjoy and the different ways you can experience overall pleasure and satisfaction with your partner and how you will feel mentally and physically by having an active sex life regardless of age. 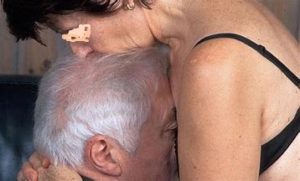 So gentlemen, and ladies, enjoy life with your partners and never, ever close the door to sexual pleasure just because of a number on a birth certificate. Thank God I never have and it is one of the reasons I feel, act and look younger for someone who has been around for eight plus decades. Try it, trust me you will like it!