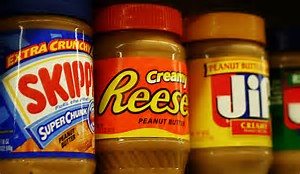 Yep, that favorite food of kids of all ages and many grownups, all over the world is peanut butter. It doesn’t make any difference if it’s the smooth or crunchy kind, everyone loves peanut butter. Well almost everyone, except those that are allergic to peanuts. Still it has been a favorite food for ages and has found many uses besides being part of a PBJ sandwich.

So how did peanut butter come about?  Contrary to popular belief, George Washington Carver did not invent peanut butter.  He was one of the greatest inventors in American history, discovering over 300 hundred uses for peanuts including chili sauce, shampoo, shaving cream and glue. He was a pioneer in the agricultural world and many refer to him as father of the peanut industry.

The earliest reference to peanut butter can be traced back to the Ancient Incas and the Aztecs who ground roasted peanuts into a paste. However, modern peanut butter, its process of production and the equipment used to make it, can be credited to Dr. John Harvey Kellogg (the creator of Kellogg’s cereal) in 1895 who patented a process for creating peanut butter from raw peanuts. He marketed it as a nutritious protein substitute for people who could hardly chew on solid food. In 1903, Dr. Ambrose Straub of St. Louis, Missouri, patented a peanut-butter-making machine. The rest, as they say, is history!

Here are some fun facts about peanut butter:  It takes about 540 peanuts to make a 12-ounce jar of peanut butter………The average peanut farm covers about 100 acres………… Two peanut farmers have been elected president of the USA – Thomas Jefferson and Jimmy Carter.…….. One of the favorite sandwiches is peanut butter and bananas which was known to be a huge favorite of Elvis Presley. 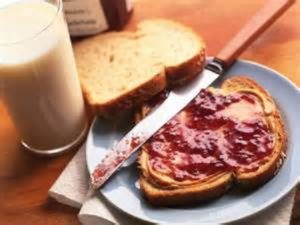 In Sept. 2014 The Huffington Post asked, “What makes the best peanut butter and jelly sandwich?………. Results showed, 36 % said strawberry jam is favorite, grape was 31%; the favorite bread is white bread at 54% followed by rye and whole wheat; favorite type of peanut butter is smooth at 56%……….Guess  I’m in the minority, I like my PBJ sandwich on unseeded rye bread with blueberry jam. 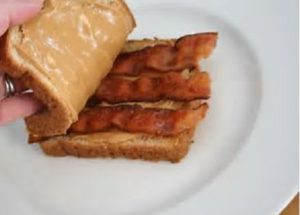 Now that you have all the facts about this favorite of young and old, what are you waiting for? Go make yourself a nice big whopper of a PBJ sandwich with all your favorite additions. Check out some of the recipes for other use for peanut butter, you will be mazed, especially when you find the one for using peanut butter with burgers.

Happy National Peanut Butter Month to you all from Art’s World. Now where is that jar of peanut butter and my blueberry jam, I’m hungry!!

Some information in this report comes from the National Peanut Board