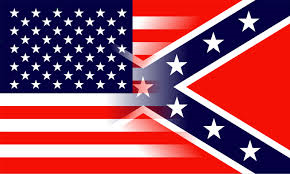 WHAT IS GOING ON IN THE USA?

What is going on in our country? Racial tensions are as high as they have been since the 1960’s. I’m a white, 60+ year old man and I remember when there was wide-spread segregation. I remember white only bathrooms, I remember blacks sitting in the back of buses, I remember no blacks playing sports, I remember when a white/black couple was taboo. I was always confused when I saw a black man going to war in Viet Nam and fighting for the USA but not having equal rights in his own country.

In my lifetime we have been able to change and correct 99% of these terrible injustices. Equality isn’t 100% there yet but today we have numerous black doctors, police officers, attorneys, judges, mayors, governors and yes we even elected a black president … twice! That said, why in the hell is there so much hate everywhere?

We are starting civil disturbances and riots over statues that have been standing for 50+ years … we are fighting in the streets over police doing their jobs … we are going out of our way to stop groups (both black & white) from assembling and meeting on public property … we are fighting over flags that have been around since the 1800’s … we are disrespecting our country’s national anthem at major sporting events … where does it stop?

I have never seen so many people hate an elected President as I see today (with the possible exception of Richard Nixon). We have a huge division between Democrats and Republicans. I know this is a generalization but it seems like all people who live in big cities, all people who are on the poor side of the money equation and all people of color are Democrats and all people who live in suburbs or the country, who are on the rich side of the money equation and are white are Republicans. I was hoping this white-v-black battle was over when we elected Barak Obama

I ask this … why is it ok for blacks to have Black Pride rallies and wear “Black Lives Matter” shirts but if a white person attends a “White Pride Rally” or wears any kind of pro-white shirt they are classified as members of the KKK or a white supremacist?

That said, I think the white supremacists are out and out idiots. They seem to hate anybody who is not white and Protestant. Supporting Hitler’s views and hating all people who have a different skin color or religion is flat out stupid. Neo-Nazis groups like the Ku Klux Klan and Skinheads are way out of line. It’s ok to be proud of your heritage and skin color but to hate all others is asinine. The same can be said of the black separatists groups like The Nation of Islam and The Black Panther Party. These groups have as much hate as any white supremacist group. Both are to blame and both sides are wrong.

Damn it … This is not what America is about. We have come such a long way and to see things going backwards is terrible. Why can’t we just respect other people’s rights? We don’t have to agree with them but damn it, do we have to fight and riot? When is enough going to be enough? Are we headed to another “Civil War”? There is enough bullshit going on in the world with the Middle East and ISIS and the problems with North Korea. Our country needs to be strong and united.

Who’s to blame? How are things fixed? What happens next? Those are questions that are impossible to answer but if we keep going down the road we are on our country will not be a safe place for our children. I wish everybody was the same shade of purple and believed in the same God, maybe that would make things easier.

Who am I kidding??? Groups would start hating people with short hair or people with blue eyes or people under 6 foot tall. There will always be hate in the world but the key is to love and respect your fellow human being. Every person has the right to his/her own beliefs. That is what makes our country so strong. We have always been a “melting pot” of cultures and that is why we are the world’s leader. If we can do these things maybe those aliens from outer space will decide to leave us alone!