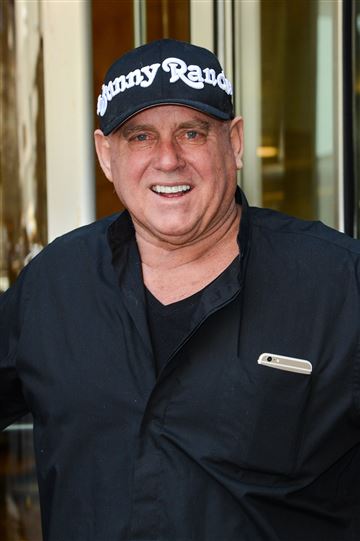 Longtime NightMoves friend Dennis Hof is getting ready to move into a new part of his life! For years Dennis has been the proprietor of legal brothels in the state of Nevada. At the present time he owns six legal “houses of ill repute” and has appeared on hundreds of nationwide radio and television programs. He was also the star of the HBO series “Cat House” and wrote a best-selling book titled “The Art of the Pimp”.

Dennis has been to numerous NightMoves Awards Shows and we are super happy for his latest success. Dennis won the Republican primary for the Nevada State Legislature last night by defeating James Oscarson who was a three-term lawmaker! He will move on to the November election facing off against Democrat Lesia Romanov.

Dennis is an incredibility smart man who has always been involved with politics and laws. When you are involved with his line of work, you have to know the laws in order to expand and keep your businesses open. He used the phrase “Trump from Pahrump” during his campaign (Pahrump is the name of a city where Dennis owns a brothel).

Congratulations to Dennis Hof who will have to work hard to win the state seat in November. This was a huge first step and NightMoves wishes him nothing but the best!

Everybody Loves Pizza, But Who Is #1