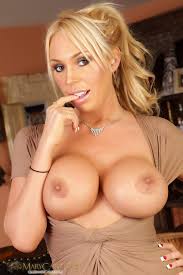 Sometimes I just don’t understand how the law works. Global Marine Exploration is a salvage company and in 2016 they found a wreck off the coast of Florida. The “La Trinite” was a French ship that was sunk by a hurricane in waters east of Jacksonville, Florida in 1565. This ship has been underwater for 451 years and nobody from France was looking for it. Yet, last week a U.S. Magistrate ruled that the wreck and its contents belong to France. How in the hell can that be the case? I just don’t understand ….

I’m sure you’ve heard by now that megastore “Best Buy” has stopped selling music CD’s. First it was vinyl, then 8-track tapes, then cassettes and now CD’s. I still listen to CD’s but I guess that will have to stop and I will be forced to listen to music from Amazon, Pandora or iHeart on my cell phone. You can’t get the genuine feel of an artist when you are only listening to the top hits that are programmed. The complete CD/Album gives you the entire message a group or artist is trying to convey.

History was made Sunday night in Las Vegas. X-Games champion Travis Pastrana successfully landed three legendary Evel Knievel jumps including one that nearly killed the late daredevil. In 1967, Knievel jumped over the fountains at Caesars Palace and crashed. He suffered multiple broken bones, including a fractured skull. He was in a coma for 29 days. On Sunday night, Pastrana attempted the very same jump as well as two smaller jumps at Bally’s. He easily made all three jumps as thousands of fans screamed and cheered. The event was also televised on The History Channel.

A man in Florida reeled in something very unexpected while fishing on his birthday last week. Jorge Bustamante caught a large bale of marijuana in the waters off Pompano Beach, roughly 11 miles north of Fort Lauderdale. He told a television station that he notified the U.S. Coast Guard, but not before he was able to take some photos of his big catch. Bustamante reportedly joked the package was his “Pablo Escobar birthday present,” while authorities dubbed it a “square grouper.” My question is why contact the authorities?

The Top Pizza Chains in the U.S.