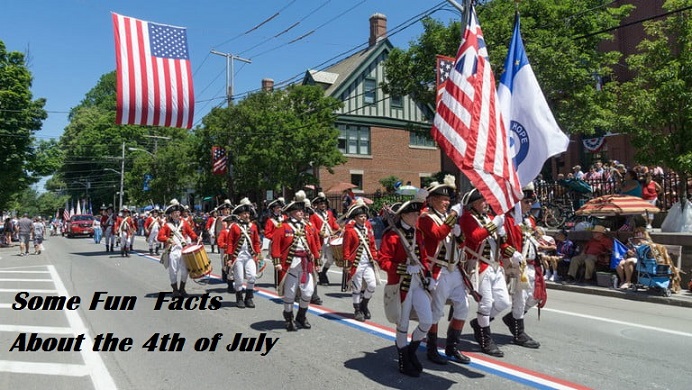 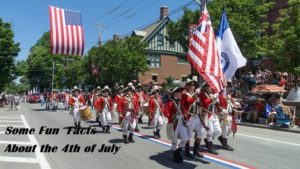 The biggest holiday of the summer is just days away and there will be barbecues, the beach, family gatherings, fireworks and a lot more. It is our celebration of this country’s founding and independence. So in the spirit of this great holiday, here are some fun facts you may, or may not, know about July 4th.

The actual date the Declaration of Independence was completed was July 2. However it was sent to the printer on July 4 and that became the day associated with the document.

Only two people signed the original on July 2, John Hancock and Charles Thompson Secretary of the Congress. All the other signees did it on Aug. 2, 1776 when it was ratified and made official.

The Liberty Bell in Philadelphia was part of the first celebration on July 8, 1776 and the bell was rung 13 times to hon or the thirteen original colonies. Once the now famous crack was found in the bell the ringing was stopped in 1846. From then on to the present the bell is just tapped thirteen times.

Three former Presidents of the United States died on July 4th. They were John Adams and Thomas Jefferson, who actually died within hours of each other on July 4, 1826. James Monroe would pass away on July 4, 1831. Also only one U.S. President was born on July 4 and that was Calvin Coolidge born July 4, 1872.

Bristol, Rhode Island is known as “America’s most patriotic town.” That comes with good reason. This city has held a long-standing tradition of celebrating America’s independence for almost a month. Established back in 1785 by Reverend Henry Wright of the First Congregational Church, Independence Day celebrations begin on Flag Day June 14. Flag Day celebrations come complete with soap-box races and concerts. The festivities continue each week until the oldest annual parade transpires on July 4. Known as “The Military, Civic, and Firemen’s Parade,” Bristol’s 4th of July event draws over 200,000 people annually.

It took until 1870 for federal workers to be given the day off on July 4. However they did not get paid for that day if they did not work. It wasn’t until 1938 when Congress passed a bill making July 4th a paid federal holiday for all.

According to the American Pyrotechnics Association, 285.3 million pounds of fireworks are set off during the 4th of July season. As compared to displays put on by businesses and towns, people set off 260.7 million pounds of fireworks privately, while the latter sets off 24.6 million. In total, all the fireworks flown into the air during America’s birthday adds up to $1.09 billion annually.

The month of July, just happens to be National Hot Dog Month. On average, Americans spend $6.77 billion on food for July 4th   festivities. A sizeable portion of this goes to the hot dog industry, which sells 155 million hot dogs each year for Independence Day-related parties.  Wonder if that includes all the hot dogs at the annual Nathan’s hot dog eating contest in Coney Island.

For more fun facts about July 4th go to:  https://interestingfact.net/10-interesting-facts-4th-july/ and you can also go to: https://www.themanual.com/culture/4th-of-july-fun-facts/   Have a great holiday.