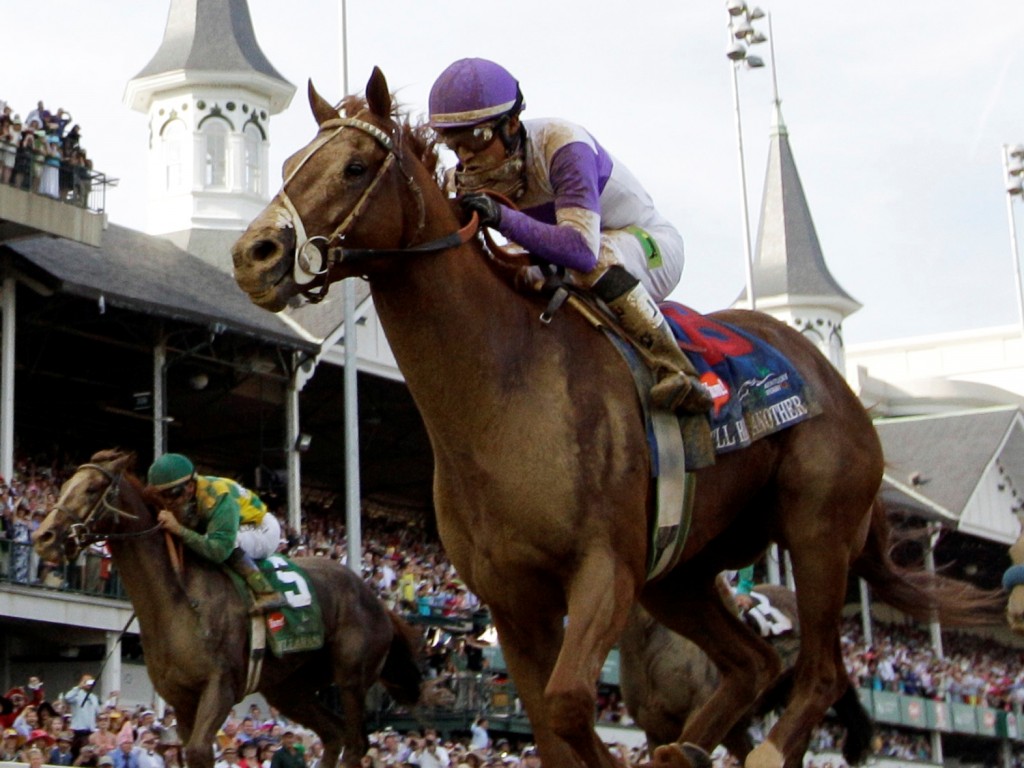 Every year the “First Saturday in May” is a special time if you like horse racing. The Kentucky Derby takes place at Churchill Downs in Louisville, KY and it draws the top 3-year old horses in the world. I have watched the Derby since I was a little boy and have been associated with the racing business throughout my life. Like anybody who has ever owned a thoroughbred race horse, the dream is to run in the Kentucky Derby. I will never live that dream but I still get caught up in the excitement every year on Derby Day!

This year the 144th Derby is a wide-open affair with a full field of 20 horses. The Derby is the most watched and most bet upon race in the world. That makes for huge odds and great payouts. Here are a few interesting Derby facts …

The Kentucky Derby (started in 1875) and is the oldest continuously running major sporting event in the USA … There has never been a race winner out of the #17 post position … the #18-#19-#20 post positions have only produced one winning horse (#20) and only nine have finished first, second or third from those outside slots … The best post position is #5 with ten champions followed by post #10 with nine wins and post #2 with seven victories …  Since 1908 favorites have won the race 36.4% of the time  … The great Secretariat still owns the fastest race record (1:59.4) that was set way back in 1973 … Patrons will eat an estimated 142,000 hot dogs, 18,000 BBQ sandwiches, 8,000 pounds of potatoes, 30,000 cookies, drink 522,000 cans of beer and gulp down over 120,000 mint julips…  there will be 180 tons of trash removed after Derby Day … the Kentucky Derby trophy weighs only 3 ½ pounds (and valued over $200,000) but the blanket of roses that is draped over the winning horse weighs over 40 pounds … Jockey Bill Shoemaker holds the record for riding in 26 Derbys and is the oldest man to win the race at the age of 54 back in 1986 … 13 of the first 15 Derby winning jockeys were black … the record low temperature for the race was 47 degrees in 1957 and the record high 94 degrees in 1959 … the last horse to win the Derby without racing as a two year old was “Apollo” back in 1882. This year both Justified and Magnum Moon started racing at age three … 109 Derby winners were born in the state of Kentucky … Eleven Derby winners are offspring of a Derby winning horse … last year a record $209.2-millon was wagered on the race … 90% of all ladies attending the race at Churchill Downs wear Derby hats … no female jockey or trainer has ever won the Derby but there have been three female horses win the race (Regret in 1915, Genuine Risk in 1980 and Winning Colors in 1988) … There have been 12 horses win the “Triple Crown” by winning the Kentucky Derby, The Preakness and The Belmont with the last being American Pharoah in 2015!

There you have it … everything you always wanted to know about the Kentucky Derby!! I will have another post late Friday night giving you my Derby selections !!