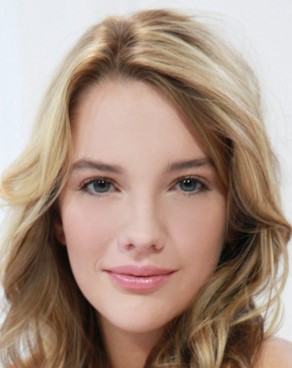 This young lady from the midwest has been doing films since 2016 and amassed a large and growing fan base with each new release. She is a worthy nominee in our upcoming NightMoves Awards for Best Female Performer. The link where you can vote for her will be posted at the end of the feature. She is busier than ever with some sizzling scenes. She is a tall, striking blonde with hazel eyes and all natural with a smile that will just make you melt. We are pleased to present Kenna James.

Through this chain of events Kenna was offered the chance to pose as Penthouse‘s “Pet of the Month” for February 2015. From there, as they say, the rest is history. The Penthouse layout developed into checking out adult film work and it wasn’t long before Kenna began shooting solo and girl/girl scenes. It was from that point on that Kenna knew this is where she belonged.

Since then Kenna has done a lot of different types of adult films and genres. She has worked for some of the top companies like Hard X, Girlfriends Films, New Sensations, Wicked Pictures, Digital Sin, Sweetheart Video, Elegant Angel and more. In addition she has done some very steamy web scenes as well. While the COVID put a stop to the adult industry  for almost a year, Kenna has kept her fans happy with various shows and web scenes. Plus films done prior to the stoppage that came out.

If, for some strange reason you have not seen her in action here are several releases  that you need to check out. There is “Club VXN Vol. 6″ for Vixen, “Kink Label” for Deeper, the recent “Anal Icons Vol. 1” for Tushy, “One Night in Los Angeles” for Dorcel and “Love, Sex & Lawyers” for Adam & Eve. The best is yet to come for this young lady who is loaded with talent top to bottom. You can help make her a big winner at our NightMoves Awards by voting for her. Just go to this link: https://nightmovesonline.com/vote-now/ and cast your votes now, she is counting on you as are we, so please get those votes in. I am very pleased to have Kenna James my “Girl of the Week” here on AAN.