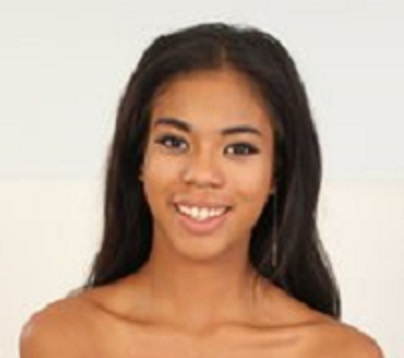 Girl of the Week – Nia Nacci

This week we introduce you to another of the new faces and names in adult. She is a rising star with a great look, some extremely well defined talents and a vivacious personality. There is so much to like about th is young lady that you will become and instant fan. Her name is Nia Nacci.

A Sooner by birth, Nia was born on December 10, 1998 in Oklahoma.  It is where she grew up, went to school and spent her pre teen and teen years. She was a very good student and was very much into gymnastics throughout her school years. She is 50/50 African-American and Native American which gives her that awesome look. She also comes from a large family of seven siblings.

So how does a young lady who is an accomplished gymnast wind up getting into the adult industry? In Nia’s case it was all the idea of her boyfriend at the time. According to Nia he asked her about doing it on film and she said it never materialized beyond his suggesting it. The idea only came up again after they broke up.

After they broke up at some point he asked her again about doing films and she said okay. She was a very open sexual person and then one day an agent showed up out of nowhere and offered her a chance to do films. By this time Nia, who likes trying new things, finally  said yes    to giving it a try and that is how it began.

That was in 2016 when she filmed her first scenes under her new name that was given to her by the 360 Model agency she was with. Of course there was one other hurdle to get over and that was her family. How would they react? After she told them they were encouraging and the main thing they wanted was for Nia to be happy, and most of all, safe.

So with that blessing and her open sexuality and wanting try new things Nia was off  to the races so to speak.  With an all natural body that sports 32DD  breasts and standing tall at 5’ 9”, Nia is one very inviting package. None of that has been lost on her more than 100 scenes since she began her career. Aside from being very athletic sexually, Nia has also shown some growth as an actress as well.