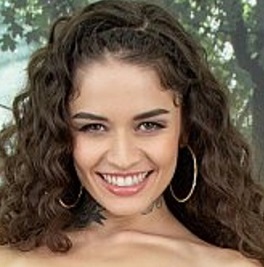 This very sexy Latina was born on April 18, 1993 in Huntington Beach, California about 30 or so miles from Los Angeles.  She grew up and went to school there and says she was pretty much of nerd in school and shy. Fact is she loved sex and dated older guys during that time.

While she was dancing Vanessa also got into the webcam scene. She began shooting some scenes. She began with them on her official ManyVids account ‘Vanessavegax’ and she has also hosted many lusty live cam shows via Camsoda as ‘livenudegurl’. It helped build up a big fan base, but there was more.

In addition she was very fortunate to be signed by Nexxxt Level Talent to handle all her bookings. The agency is run by former adult star and director Jonathan Morgan along with director Andre Madness and they are thrilled to have her. Right from the get go, she made a big hit with her saucy, sexy, all out performances.

She has the talent, the disposition, the drive and desire to make to the top. Once this pandemic is over and the industry is back to filming on regular basis you can be sure that Vanessa will be front and center and ready to rock your world. I cannot wait to see just what this steamy Latin young lady has in store. I am very pleased to have Vanessa Vega as my “Girl of the Week” here on AAN.

Girl of the Week – Kit Mercer