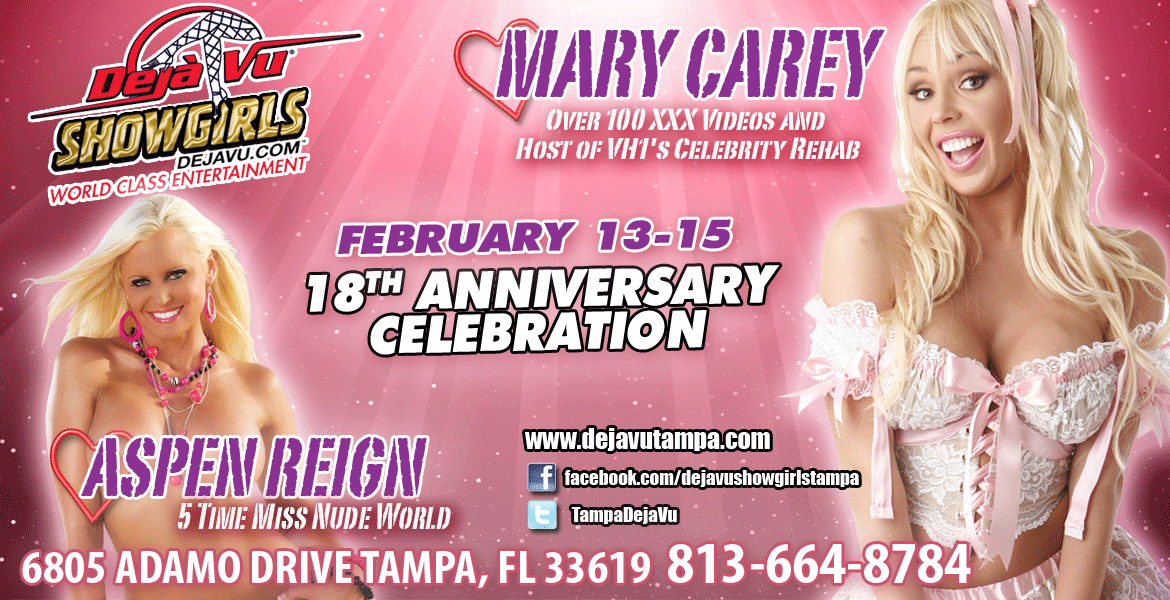 Hi ALL you sexy guys and gals! My name is Mary Carey andI am so glad you found me! In case you are not aware of who I am let me give you a little run down. While I am probably best known for my run for Governor of California. I have actually done quite a bit more than that. I started out as an exotic dancer. Which makes sense because I did study ballet from the time I was very young. It made for an easy transition. I had to put all that training to good use! Eventually I became a feature dancer which allowed me to travel and meet many great people. I have also appeared in several adult films and have made a few appearances on national television.

See you soon at Deja Vu,

Biography
Started featuring in 1997 and its been a whirl wind since then!! My career has taken me all over the country not to mention Mexico,Jamaica, Canada and planning on many other destinations in the future.. I love what I do and cant imagine doing anything else.. Dancing is in my blood. I have invested a lot into my shows spending a lot of money on my costumes,props, lighting and even travel in 40 foot tour bus with a trailor full of all my goodies. If you come to my show you will get just that, A SHOW.. I’m like the equivalent to a rock concert only I’m taking my clothes off in the end:)
Tweet

Pajama Party and Bartender Day at THE WHISKEY