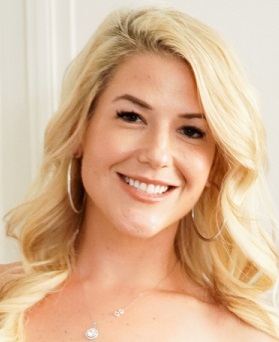 We are re introducing you to a very talented young lady who is a nominee for best new Starlet in our upcoming NightMoves Adult Awards. The link to vote will be at the end of this feature. So get to know and enjoy this very sexy blonde who was really coming on strong when 2020 began. Thankfully she is still keeping busy entertaining her many fans. Her name is Kit Mercer.

Things have continued to go well for Kit. A side from doing web clips for  Clips4Sale, Team Skeet, Cherry Pimps  and others she had become in demand for feature full length films for top companies like New Sensations, Girlfriends Films, Wicked Pictures and Archangel.  In addition to those offers and projects, there was one more important step forward. Back in January, she won the Fleshbot Best Clip Performer of the Year award.

Coming into the new year things were really looking great, but the pandemic has put a halt to all that for now. There is a great interview with her at XBIZ http://www.xbizdigital.com/xw/2020-05/ you should check out. Still she has been busy and now is a nominee for Best new Starlet at our upcoming NightMoves awards. You can vote for at www.NightMovesxxx.com! as well as all the other categories. In the meantime we look forward to her return when the industry returns with more awards, nominations and hot scenes. I am very pleased to re introduce you to Kit Mercer  my “Girl of the Week” here on AAN.