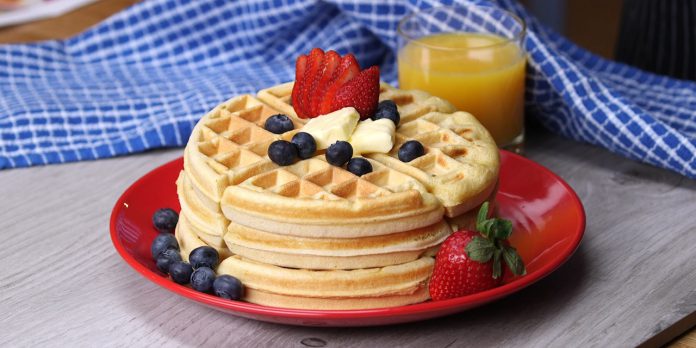 Now that you know this important piece of news for August 24, put down that bagel, donut, egg sandwich or whatever and go have some waffles. I’m sure there are places in your area that are having big specials on National Waffle Iron Day. 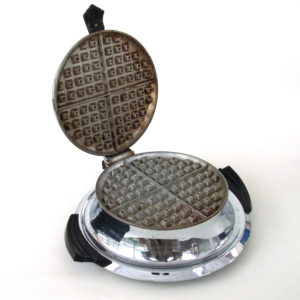 So how did this become such a “holiday”. The reason is because on August 24, 1869 the first United States patent for a waffle iron was issued to Cornelius Swartwout. Once this invention of his was put to use a whole new way of making waffles in all their deliciousness was available after centuries of waffles being made in many different ways. For example, it wasn’t until the 1st century that the modern waffle began to take shape. This is when the Greeks used two large irons to make hot, flat cakes. The early hot cakes were savory and not usually sweet. Around the 9th century, these early waffles would eventually evolve into communion wafers. However, these early communion waffles didn’t have the honeycomb patterns we expect waffles to have today. 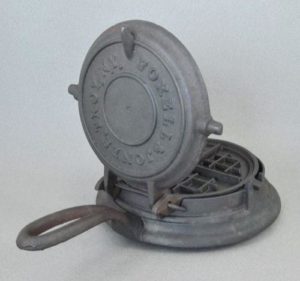 It was in the 18th and 19th century that waffle production became primarily centered in Germany and German bakers developed and distributed a wide variety of different waffle recipes. Some of these early recipes were for coffee waffles and sugar waffles. In the United States, Swartwout patented his waffle iron that could be used on the top of a stove. It was simply two cast iron plates held together by a hinge, but it allowed for people to easily make their own waffles. This led to many street vendors selling waffles for a penny each. 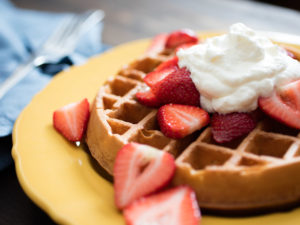 Waffles continued their rise in popularity during this first half of the 19th century, but this came to the end by the latter half of the century. This was due to the number of desserts that suddenly became available thanks to the increased availability of beet sugar. By the beginning of the 20th century, many waffle recipes had begun to disappear and it seemed like the waffle was on the verge of extinction. The trend began to be reversed when a number of different manufacturers began to offer pancake and waffle mixes that people could make at home. General Electric started selling the first electric waffle iron in 1918 and that pretty much saved waffles from extinction. 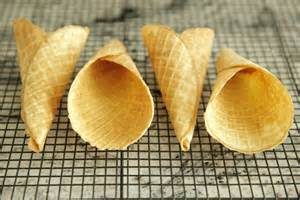 Back in 1904 waffles were used as the first ice cream cone at the 1904 World’s Fair in St. Louis. After the fair the idea of waffles really began to take off. Today waffles are very popular with young and old alike and back in 1953 Eggo introduced the frozen waffle. A couple of years later in 1955 there came the creation of a restaurant chain called The Waffle House which is one of the most popular 24/7 restaurants in the country. In addition you have other places like IHOP, Denny’s, Perkins, Village Inn and others where waffles in their many forms are a big part of the menu. 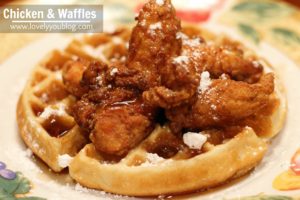 So go out and celebrate the day with some waffles at an eatery near you. Keep in mind they are no longer just for breakfast. In recent years chicken and waffles has become quite the big thing for dinner, especially in the southern U.S. There are a wide variety you can order at various places and there are a ton of recipes to follow if you want to make your own. Happy eating and Happy Waffle Day!

Some info in this feature comes from www.holidayscalendar.com

Art’s World – Want to Test Sex Toys for a Living?