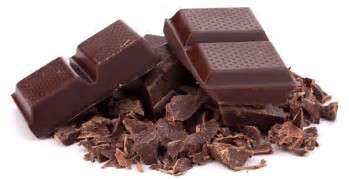 You bet it is and on a Friday too! The date July 28 is designated as “National Milk Chocolate Day”. Now don’t get dyslectic……it is not Chocolate Milk Day. Of course there is nothing wrong with having a cold glass of that deliciousness on this day either. As a matter of fact it would go very well.

While there are no official records of who started it, when it started and why in researching this, do we really care? Chances are some chocolate company like Hershey’s may have done it to help boost sales. The simple fact remains that 90% of the world population loves chocolate in its many forms. There is dark chocolate, white chocolate, chocolate  chips, bitter chocolate, chocolate ice cream, chocolate frosting, chocolate cookies, chocolate candy bars, chocolate liqueur and chocolate wine. That is just the tip of the iceberg, so to speak as there are hundreds of varieties of chocolate. The uses for this delicious bean are used in hundreds of ways in a variety of recipes. I have tried several with good results (mix in a little chocolate syrup when you make your hamburger patties, yummmmmmm!)

The cacao bean has been cultivated by many cultures for at least three millennia in Mesoamerica. The earliest evidence of use traces to the Mokaya (Mexico and Guatemala), with evidence of chocolate beverages dating back to 1900 BCE. The majority of Mesoamerican people made chocolate beverages, including the Maya and Aztecs. The use of this cacao bean continued to grow through various cultures over centuries and was used for a variety of things including medicinal, long before it became a special candy treat or for the uses chocolate has been used for in the modern age. It is a long process of fermentation from the harvesting of the raw bean to what is in your candy, cookies and cakes today. Of course over centuries methods have been perfected, especially by the French early on, to make this bean and its flavor something very special in candy, liquor and cake form. Then of course, here in the states, it was the Hershey Company in 1900 who decided that chocolate could be made into bars and wafers and a new sweet treat was born that jut gave birth to many new forms of chocolate candies and such.

Since the Hershey explosion of chocolate to the masses, there have been hundreds of companies around the world, who have gotten on the chocolate train. Some, like Whitman’s, Ghirardeli and Cadbury have had fantastic success over many years and decades and others not so who just faded away, and in some cases were taken over by the bigger companies. But make no mistake chocolate is one of the most popular flavors in the world. Chocolate has also made Valentine’s Day even more special (the story of Valentine’s Day is for another time). Chocolates are devoured in large numbers on Valentine’s Day as well as at Easter time with chocolate bunnies and other goodies and of course, Halloween. Chocolate manufacturers eagerly look forward to these three days a year when sales of this delicious product literally go through the roof.

Of all the various flavors of this sweet treat, milk chocolate is the number one kind of chocolate that is enjoyed worldwide. So go ahead, forget the calories for the day and celebrate this special day with some delicious chocolate. On your way home from the office  stop at the candy store and pick up a few Hershey bars, then stop at the bakery for a nice chocolate cake, then the ice creamery for chocolate ice cream and the liquor store for some chocolate liqueur or chocolate wine. Now to top everything off to celebrate this special day you could also add some chocolate syrup, whipped cream and…….oh, you get the idea. Enjoy!

Art’s World – College Football, Is It Worth It?

Art’s World – They are Musicians Too! Part One