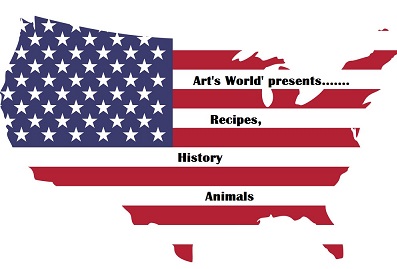 Now there is an unlikely trio, so just what does it mean? It simply means that during this ‘shut down” time because of the pandemic, I have been binging on TV shows centered on those three subjects. Oh, I have watched some of my other regular shows like the Titan Games, Jeopardy!, Holy Moly, Blindspot, AGT, All Rise, World of Dance and a few others along with some movies, but it has mainly been the other three.With a lack of sports on TV except for a ton of old ‘classic” programming, there have been other TV channels to give more time to and enjoy.

When it comes to food, what else is there but the Food Network. For us, “Guy Fieri’s Diner, Drive Ins and Dives” and “Guy’s Grocery Games” top the list. It is very interesting to see how so many different places around the country can create so many different dishes, sandwiches, dinners, etc. that absolutely hit the mark. I always have a pad and pen ready to take notes and try things from the show, as I love cooking and baking. On Grocery Games, I love the competitive nature of everyone and the games that Fieri comes up with to make their cooking a more challenging and fun. I really enjoy Robert Irvine and “Restaurant Impossible” and what he can do in a couple of days from a new look, to personal situations to new menus. That is another show where I have a pad and pen ready. I enjoy “Chopped” and seeing what chefs can do with some of the wildest, craziest ingredients, none that I would try though. For comic relief there is , “Worst Cooks in America” topping the list. I also enjoy “Beat Bobby Flay” and several other shows. Then there are the Gordon Ramsey shows on Fox and they are outstanding. I especially love the one with the kids. I can relate because I began to learn how to cook and bake from my mother when I was about ten years old.

Now, as for history, the History Channel has such a vast library that you learn things from on so many shows that, unfortunately, kids today will never learn in school. The three part specials they did on Washington and Grant was absolutely brilliant. Their series, “The Men that Made America” was an exceptional and a very deep, honest look at people like Carnegie, Ford, Rockefeller, Morgan, etc. This 4th of July weekend I binged on seven hours of history, three on the “Automobiles that Made America”  getting into the lives, ups and downs of  Ford, Chrysler, DeLorean, GM, Iacocca, etc. and it was an eye opener. Then it was four hours of “The Foods that Made America” digging into how people like Pemberton(Coca Cola), Hershey, Kellogg, Birdseye, Heinz, Post, Mars, Col. Sanders, the McDonald Brothers changed the food landscape over the last one hundred years plus. Some incredible, unknown facts emerged in all of these segments. I wish they would repeat the specials they did on the Empire State Building, Golden Gate Bridge, Hoover Dam, Brooklyn Bridge and the New York City subway system, they were true eye openers. If you like history and finding out so many facts and truths you might not have known about this great country and its trials and tribulations, then the History Channel is where to go.

Now we come to animals, and when I come back in my second life I want to work with them. The Animal Planet Network has a host of different shows with something for everyone, but my number one favorite is “The Zoo”. What makes this so enjoyable and unique is that the segments are mainly from the Bronx Zoo in New York City, but they also do segments from the Columbus, Ohio Zoo and the San Diego Zoo so you really get to see the inner workings of what goes on and how fantastic these various species are cared for, taken care of and the conservation efforts. Then there is a show on the network titled “Aquarium” that is done from the largest Aquarium in the world that is located in….wait for it!……Atlanta, Georgia, with over 10 million gallons of water housing all the hundreds of species. We just watched, on a recent episode, the birth of a Beluga Whale pup and it was a beautiful sight to see. My other favorite show is “Saved By the Barn” which is a farm animal sanctuary in Michigan run by a father and two brothers and their staff of qualified people. They have just about every farm animal you can think of living a good life after being abandoned, hurt in accidents, fires, etc. and rehabilitated. One of the goats lost a leg but they had a prosthesis made and that goat gets around great with no problems. Every episode has humor, tears and wonderment with these beautiful animals so they can live a better life at this well maintained sanctuary/farm. All I can say is try it, you’ll like it.

So there you have my “Art’s World” for this week about Recipes, History and Animals. It is definitely different, but I hope you enjoyed it, learned a few things and will give some of these shows your attention. If you have never seen aa any of them, you are in for a real treat and won’t regret it. Have a super great week everyone and stay safe.

Art’s World – They are Musicians Too! Update