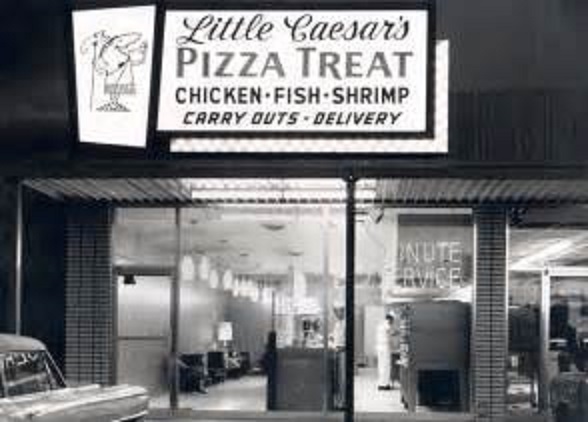 In Part One we gave you some background stories on businesses that began in the 1950’s and continue to be national and global leaders today. In this follow up, Part 2 we pick up where we left off with the rest of the 50’s and some of the companies who began then and are still going strong. 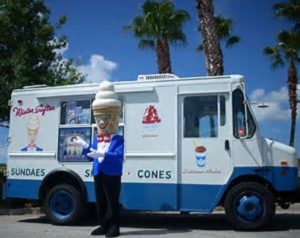 1956 – In 1956 in Philadelphia brothers William and James Conway started with the first soft serve ice cream truck and called it Mister Softee. There soft ice cream and various flavors became a quick hit and soon they got the idea to expand and added a few more trucks in the Philadelphia area. Popularity and the word spread and soon the Conway’s began to franchise their operation. Today, there are more than 600 Mr. Softee trucks operating in 15 different states. In 2008 they also expanded the brand to China and today have a number of trucks serving the Chinese market. Another food related company also began in 1956, the Sbarro pizza chain that began in Brooklyn, N.Y. with its New York style pizza and Italian dishes. The family actually began with an Italian grocery store but once they added pizza and some Italian cuisine things began to take off and they began to open several restaurants around Brooklyn and in New York City including a busy location at the World Trade Center. In 2007 they were bought out by MidOcean Partners and expansion began both in the states and in other countries. Today there are over 800 Sbarro’s in operation, including one in Tampa and one in Orlando. 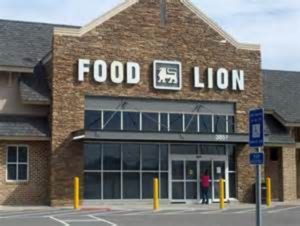 1957 – Three gentlemen, Wilson Smith, Ralph Ketner, and Brown Ketner began the company in Salisbury. N. Carolina in 1957 as Food Town. The stores were strictly in N. Carolina but in 1983 they began to expand. Going into Virginia there was a small chain with the same name so they changed it to Food Lion. From that Virginia expansion many more in mostly southern states came into being. The stores were kept very clean but the hook was offer lower prices than other super markets and the plan seemed to succeed. Through the 80’s and 90’s the chain expanded both in the south and in the mid-Atlantic area. Today, after some bad publicity and a down turn in a lot of stores, Food Lion is owned by a Belgian corporation and now operates only in Delaware, Georgia, Kentucky, Maryland, North Carolina, Pennsylvania, South Carolina, Tennessee, Virginia, and West Virginia.  Executive Leasing Company was begun by Jack Taylor in St. Louis in 1957 and continued to grow from the very start. In 1969 Taylor renamed the company Enterprise Rent-a-Car in honor of the USS Enterprise aircraft carrier he served on in World War II. It has gone on to be the largest rental car company in the U.S. with more than 5,400 locations and 419 airport locations. In addition they also have a program called CarShare at various colleges and also own the City Car Club in the UK which operates under the Enterprise name. 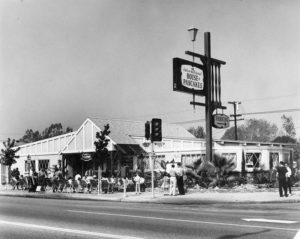 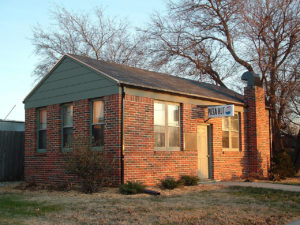 1958 – Jerry Lapin, Al Lapin, and Albert Kallis founded International House of Pancakes in 1958 with the help of Sherwood Rosenberg and William Kaye. The first location opened in Burbank, California. When the stores first opened they were strictly a breakfast type place that specialized in pancakes, waffles, etc. In the 60’s 70’s and 80’s the chain began to expand its menu to include lunch and dinner items and also began staying open 24/7 in most locations. From 1959 till 1975 they also owned the Orange Julius company before selling it. In 1973 they unofficially changed the name to IHOP for marketing purposes and it has stuck ever since. Today there are 1,650 stores operating throughout North America, Latin America, the Middle East and southeast Asia. What many may not know is that in 2007 the IHOP company bought, in a $3.1 billion cash acquisition, the entire1,948 unit Applebee’s chain of restaurants and still own them today. It was in June 1958 two Wichita State University students, brothers Dan and Frank Carney, had an idea for a pizza place for the college crowd. So they opened up Pizza Hut as a single location in Wichita, Kansas. It didn’t take long for this pizza place to take off beyond the college campus area and within a few years they began to expand into different areas of the country. Over the years they have changed formats several times, added and subtracted menu items and given units different looks. Today these units are split into several different restaurant formats: the original family-style dine-in locations; storefront delivery and carry-out locations and some full-size Pizza Hut locations have a lunch buffet, with “all-you-can-eat” pizza, salad, bread sticks, and a pasta bar. Today Pizza Hut ranked the number one pizza chain, has over 15,000 locations worldwide and another 1,900 just in China alone. Not bad for a couple of college guys with a dream. 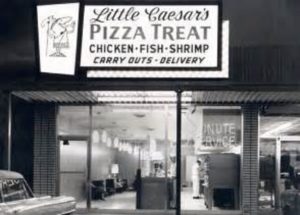 1959 – Little Ceasar’s began in 1959 and was the brainchild of a Detroit Tigers minor league shortstop named Mike Ilitch, and his wife Marian Ilitch. The first location was in a strip mall in Garden City, Michigan, a suburb of Detroit. Mike wanted to call it “Pizza Treat,” but Marian didn’t like it. She considered Mike her “little Caesar”. Mike ultimately relented, and the store opened as “Little Caesar’s Pizza Treat.” The original store is still open today. Since that time the company has become the third largest pizza chain, but it is also the fastest growing pizza chain in the country. Of course everyone knows the story of the Illitch’s and their ownership of the Detroit Tigers, Detroit Red Wings and the various charities the company is involved in and how much they have done for the city and for veteran’s nationwide. Today, besides being in all 50 states and Canada with new locations opening daily, Little Caesar’s has, like its competitors, began forging a big international reputation that began in 1987. Today there are units throughout the UK, Puerto Rico, Chile, US Virgin Islands, Guam, Honduras, Costa Rica, the Dominican Republic, Mexico, Panama, Turkey, Jordan, Egypt, Guatemala, Kuwait, Saudi Arabia, El Salvador, Jamaica, Bahrain, Australia and Trinidad and Tobago with more “Pizza,Pizza” to come.

There you have some the big companies that began in the 1950’s and are still going strong, both here and internationally. In addition to those we featured, here are a few others that began back in the 1950’s and still doing well today. There is the Hyatt Hotels, Family Dollar Stores, Kwik Save, Bob Evans Restaurants, Ron Jon Surf Shop, Marshalls, Payless Shoes, WhataBurger, Trader Joe’s, Perkin’s Restaurants and many more that are still an important part of today’s American landscape.

We hope you enjoyed both parts of this feature in “Art’s World”. I thank you all for looking in, for the likes and comments. Keep checking here at www.nightmovesonline.com every weekday, between Paul Allen and myself we’ll give you a lot of different things to read and enjoy.