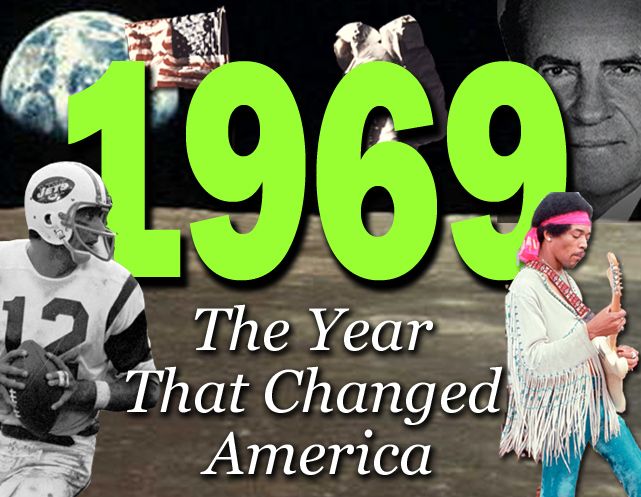 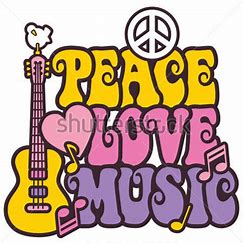 It seems like the past fifty years have just flown by since that most memorable year of 1969. So many things took place that would change the way we live, what the future might hold, the way we listened to music, they way we would travel and so much more. Here’s a look back at some events that took place in 1969.

January 12 – The New York Jets of the American Football League defeat the Baltimore Colts of the National Football League to win Super Bowl III, one of the greatest upsets in sports history. January 16, Soviet spacecraft ‘Soyuz 4’ and ‘Soyuz 5’ perform the first-ever docking of manned spacecraft in orbit, the first-ever transfer of crew from one space vehicle to another.

February 4 – Yasser Arafat takes over as chairman of the Palestine Liberation Organization. February 9, the first test flight of the new Boeing 747 commercial airliner that will change air travel in the future..                       –

March 3 – NASA launches Apollo 9 to test the Apollo Lunar Module. Apollo 9 returns safely to Earth on the 13th after testing. March 25, During their honeymoon, John Lennon and Yoko Ono hold their first Bed-In called Bed-In for Peace at the Amsterdam Hilton Hotel.

April 9 – The “Chicago Eight” plead not guilty to federal charges of conspiracy to incite a riot at the 1968 Democratic National Convention in Chicago. April 17, Sirhan Sirhan is convicted of assassinating Presidential candidate Robert F. Kennedy.

M ay 10 – In the Vietnam War, the Battle of Hamburger Hill begins and ends on the 20th. May 26, Apollo 10 returns to Earth after a successful eight-day test of all the components needed for the forthcoming first manned moon landing

June 22 – The Cuyahoga River catches fire in Cleveland, Ohio, drawing attention to water pollution. There is the passing of the Clean Water Act and the creation of the Environmental Protection Agency. June 28, the Stonewall Riots begin in New York City, marking the start of the Gay Rights Movement.

July 16 –  ‘Apollo 11’, the first human spaceflight mission to land astronauts on the Moon, is launched from the Kennedy Space Center at Cape Canaveral, Florida. July 21, Neil Armstrong stepped off Eagle’s footpad and uttered his famous line “That’s one small step for man, one giant leap for mankind ” Edwin ‘Buzz’ Aldrin joined him, describing the view as “Magnificent desolation.” Lunar module Eagle leaves the moon surface to rendezvous with Columbia. July 24 command module Columbia carrying the 3 astronauts splashed down safely in the Pacific Ocean.

August 15-17 – Woodstock, the most famous music concert of all time. Almost 500,000 people show up on a 400 acre farm in Bethel, New York for love, peace, drugs, sex and great music from The Who, Jimi Hendrix, Janis Joplin, Jefferson Airplane and many more. The hippie generation was alive and well and this concert will change the culture forever.

September 5 – My Lai Massacre: U.S. Army Lieutenant William Calley is charged with six counts of premeditated murder for the death of 109 Vietnamese civilians in My Lai. September 26, Abbey Road, the last recorded album by The Beatles, is released. It features one of the most iconic and revered album covers that would ever be produced.

October 1 – The Concorde commercial airliner breaks the sound barrier and later would travel from London to New York in 3 ½ hours. September 9, In Chicago, the National Guard is called in for crowd control as demonstrations continue in connection with the trial of the “Chicago Eight” that began on September 24.

November 15 – In Washington, D.C., 250,000-500,000 protesters staged a Moratorium to End the War in Vietnam. Moratorium March on Washington known as peaceful demonstration against the war, including a symbolic “March Against Death”. This would spur other peace movements throughout the country in opposition to the war.

December 1 – Because of the Vietnam War the first draft lottery in the United States is held since World War II creating more protests. December 6, Meredith Hunter killed by Hells Angels during a Rolling Stones concert at the Altamont Speedway, California. December  17, The end of Project Blue Book. The United States Air Force closes its study of Unidentified flying object known as UFOs.

Yep, 1969 was quite a year to remember. If you are interested in more go to: http://www.eventshistory.com/date/1969-december/  also check out:: http://www.thepeoplehistory.com/1969.html

Art’s World – They are Musicians Too! Part One