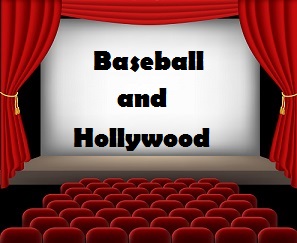 Last week’s “Field of Dreams” game between the White Sox and Yankees was a huge success in every way. It once again proved the connection between baseball and Hollywood will never get old. The connection between baseball and Hollywood goes all the way back to the early 1920’s when Fatty Arbuckle, the silent screen star, owned one of the most successful teams in the Pacific Coast League. Then later there was Bob Hope and his part ownership of the Cleveland Indians, Bing Crosby and the Pirates and of course Gene Autry and the California Angels along with many more Hollywood celebrities throughout the years and their connections to the game. Films about baseball have been a part of Hollywood since the early 1940’s right up until today.

As many know, I am a self admitted baseball junkie in every way and a devout Tampa Bay Rays fan. For the past three plus years have been working on a book about baseball. I know we all have our favorite baseball movies and “Field of Dreams” is on everyone’s list. Here are my Top 10, in no particular order. I would love to hear from you and your comments and favorites also.

Field of Dreams – These words from James Earl Jones to Kevin Costner, said it all, “If you build it, he will come.”…….Not only did he come, but millions have since the movie came out and was just honored by a real major league baseball game in the Iowa cornfield with an ending even Hollywood couldn’t write.

Eight Men Out – This is a true, well done capture of the shattering Black Sox scandal of 1919 involving the Chicago White Sox. There was great casting, remarkable sequences on and off the field of play and about 85% accuracy of the entire story and details. It was a shame that such a thing could happen but it did pave the way for the need of a full time commissioner of baseball.

Bull Durham – It was fun, it was corny, it had an element of sexiness, but it was a pretty good look at minor league baseball. It was also a good look at what veterans go through when they are banished to the minors. All in all a decent story, good baseball sequences and a lot of legit takes about life in the minors that made the move a very realistic one.

42 – The performance of the late Chadwick Boseman as Jackie Robinson was spot on in every way as was Harrison Ford as Branch Rickey. The story was 95% accurate in every detail. Jackie’s widow Rachel had final approval of the script and if it didn’t happen it didn’t make the film. With total legitimacy this is one of the best baseball bio pics ever made by Hollywood.

Pride of the Yankees – Another baseball bio pic that ranks at the top. It not only showed Gehrig the ballplayer, but also the man, son, husband and warrior he was. It also created a new film technique of reverse photography. While Gehrig batted lefty, Cooper could only do it right handed so the new technique was invented to make Cooper look left handed.

A League of Their Own – While some of the story line was fictionalized, the basic theme and story is very true about this league that played during WW II and beyond. What made it even more convincing was the females in the film all did their own hitting, throwing and fielding, no stunt people were used. This is a truly great movie about a somewhat forgotten piece of baseball history.

Bang the Drum Slowly – This is a story that will tug at your heart. Robert Di Niro does a solid job as the Yankee catcher who is somewhat dim witted, but also later discovered to have a serious illness. It tells not just a baseball story, but one of true, deep friendship of two men from different worlds. This is probably one of the most under rated baseball movies ever done.

The Natural – It’s the story of Roy Hobbs a once promising player with a mysterious past in the 1930s. There is drama, love scenes, baseball sequences and a solid performance from Robert Redford as Hobbs and his magic bat that carries his down and out team to the championship. What amazed me was that old rickety War Memorial Stadium in Buffalo where the scenes were shot, didn’t collapse.

Major League – Forget any plot or story line here about this terrible Cleveland Indians team. This movie is pure fun from every angle. The baseball sequences are  well done and also comical. Charlie Sheen’s portrayal of “Wild Thing” is a classic, and yes he did his own pitching in the film. The actors honed their baseball skills under the guidance of several ex major leaguers like Ron Santo.

The Rookie – I loved this film because it was about one of our own Tampa Bay Devil Rays, Jim Morris. It was the story of how he was discovered, in his mid 30’s coaching high school ball, to get a shot with the ML team. Dennis Quaid did a good job portraying Morris and the baseball sequences were well done. There were some liberties taken, but still a good movie to see.

Bonus – The two worst baseball movies of all time…………

The Babe Ruth Story – Made in `1942 it starred William Bendix as the Babe. Bendix was a somewhat popular actor who was selected because he resembled Ruth in build and was a “name”. Bendix had never played the game and the actual baseball sequences were a big blemish to the film and game. Add to that 50% of it was all fiction and done with little technical or baseball advice, it was a terrible film. How bad was it? At the premier in New York, Ruth walked out of the theater after the first ten minutes of the movie embarrassed. Hopefully the day will come when they do a well deserved legit bio pic of Babe Ruth as they did with “42”.

Fear Strikes Out – Made in 1957 this was a film that could have done wonders for the mental health community and baseball, but did neither. It is the story of Red Sox outfielder Jimmy Piersall who enjoyed a good ML career. He had battled a loveless, domineering father and mental health issues all his life. However the film missed out on every point. To begin with Piersall was played by Anthony Perkins, a good actor (yes, the actor in Psycho), who had never played baseball and was admittedly gay. As bad as the baseball scenes were, the few love scenes were very painful to watch. Then there was Perkin’s over the top acting throughout the movie. Simply put, it is an abomination.

So there you have it, my observations, comments and top ten baseball movies. How many of them are yours? What other ones do you have as favorites. What was your impression of the “Field of Dreams” game. I really would love to hear some feedback from you folks. So let’s get to it and PLAY BALL!!

Art’s World – Check Out This Festival