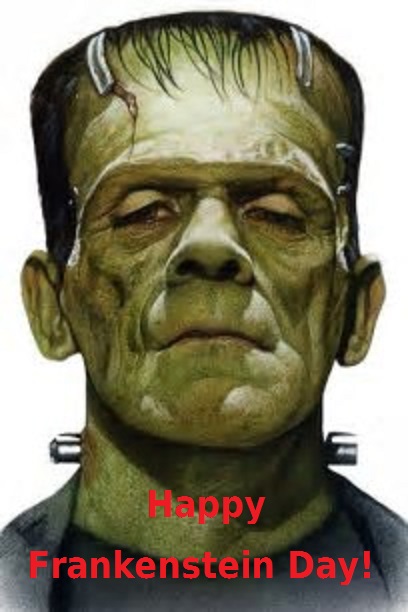 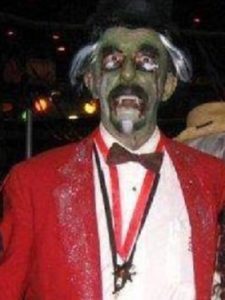 Paul Allen is away in Las Vegas, so I, Lothar J. Subtrice, will be filling in for him with this particular feature, which is close to my heart! 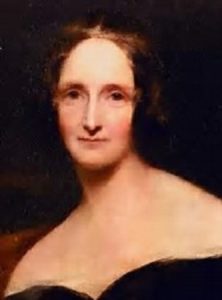 This day was created as a way of honoring the birthday of Mary Wollstonecraft Shelley who was just 19 years old when wrote the famous “Frankenstein” novel back in 1816. Ms. Shelley was born in London, England on August 30, 1797. She was a novelist, essayist, biographer and travel writer. It was in the spring of 1816 when Mary’s family went to Geneva to spend the summer months with the famous poet Lord Byron. However, while there were a lot of good times, the weather had been atrocious with a lot of rain curtailing many outdoor activities and summer fun. It was one of those rainy nights that actually formed the seeds of what would become Shelley’s most successful novel. 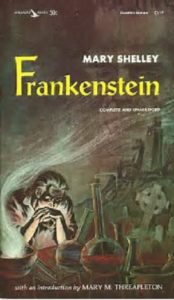 According to her biography, plans for an event were cancelled because of weather so Byron told his guests to write short ghost stories and they would entertain each other with them. Mary couldn’t really come up with anything, but one night her imagination began to wonder about a corpse being re-animated. That thought and idea became the basis for what was to be just a short story and nothing more. But her writing was championed by her husband Percy and he convinced to turn this short story into a novel. Buoyed by his enthusiasm and devotion to her writing Mary went ahead and when it was all done she had written “Frankenstein” and in 1818 it was published. 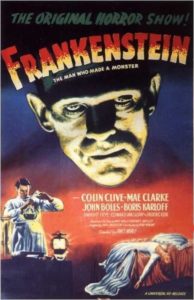 Of course since that original writing almost 200 years ago there have been fictionalized versions of the story done and redone. But the biggest popularity came via Hollywood and the first film version of “Frankenstein” in 1932. With English actor Boris Karloff in the role of the ‘monster” the film was an immediate hit grossing $12 million, a huge amount during the depression. Due to the success of that film other Frankenstein titled films would follow and have continued to do so ever since in one reincarnation or another including a porn parody version a couple of years ago that was done by Joanna Angel.

Mary Shelly continued to write other novels, travel pieces, etc. and lived a literary life. However, she became ill with severe headaches, dizziness and some partial paralysis at times that prevented her from writing. On February 1, 1850, at the age of 53 Mary Shelley passed away in England from what was suspected to have been  brain cancer. 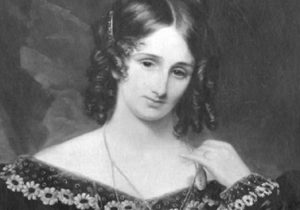 Today we celebrate the birthday of one of the classic writers of the 19th Century and the iconic character she created through her writing. Happy Birthday Mary Shelley and Happy Frankenstein Day to one and all!.

Some information in this feature courtesy of Biography.com