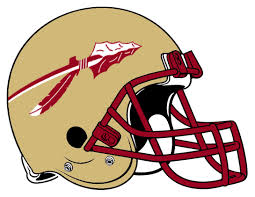 This is the last year that college football will be manipulated and controlled by a computer! The BCS is in its last year and a new 4-team playoff system will start in 2014. That said, the BCS is going out in style!! Last week’s 34-28 upset by Auburn over Alabama in the Iron Bowl sent shockwaves through the system. Chris Davis’ 109 yard missed field goal return knocked the Alabama Crimson Tide out of the top spot and pushed the Florida State Seminoles to number one in the poll … and that’s where the fun begins!

The Southeastern Conference (SEC) has won the past seven titles but that run could be in jeopardy. At press time, Florida State holds the top spot with the Ohio State Buckeyes in second place. Both teams are undefeated at 12-0, but both have one game left on their schedule. FSU plays #20 Duke in the Atlantic Coast Conference (ACC) Championship Game and the Buckeyes play the #10 ranked Michigan State Spartans in the Big Ten Championship game. Third ranked Auburn plays #5 Missouri for the SEC crown … so there is still a lot of football left to play!

If the Noles or Buckeyes lose, one of the SEC teams (Auburn, Alabama or Missouri) could jump back into the national title game that will take place on January 6, 2014 in Pasadena, California at the Rose Bowl.  So sit back, grab the popcorn and get ready for one great Saturday afternoon of football on December 7!

Where is the Best Place to Watch Football's Biggest Game?