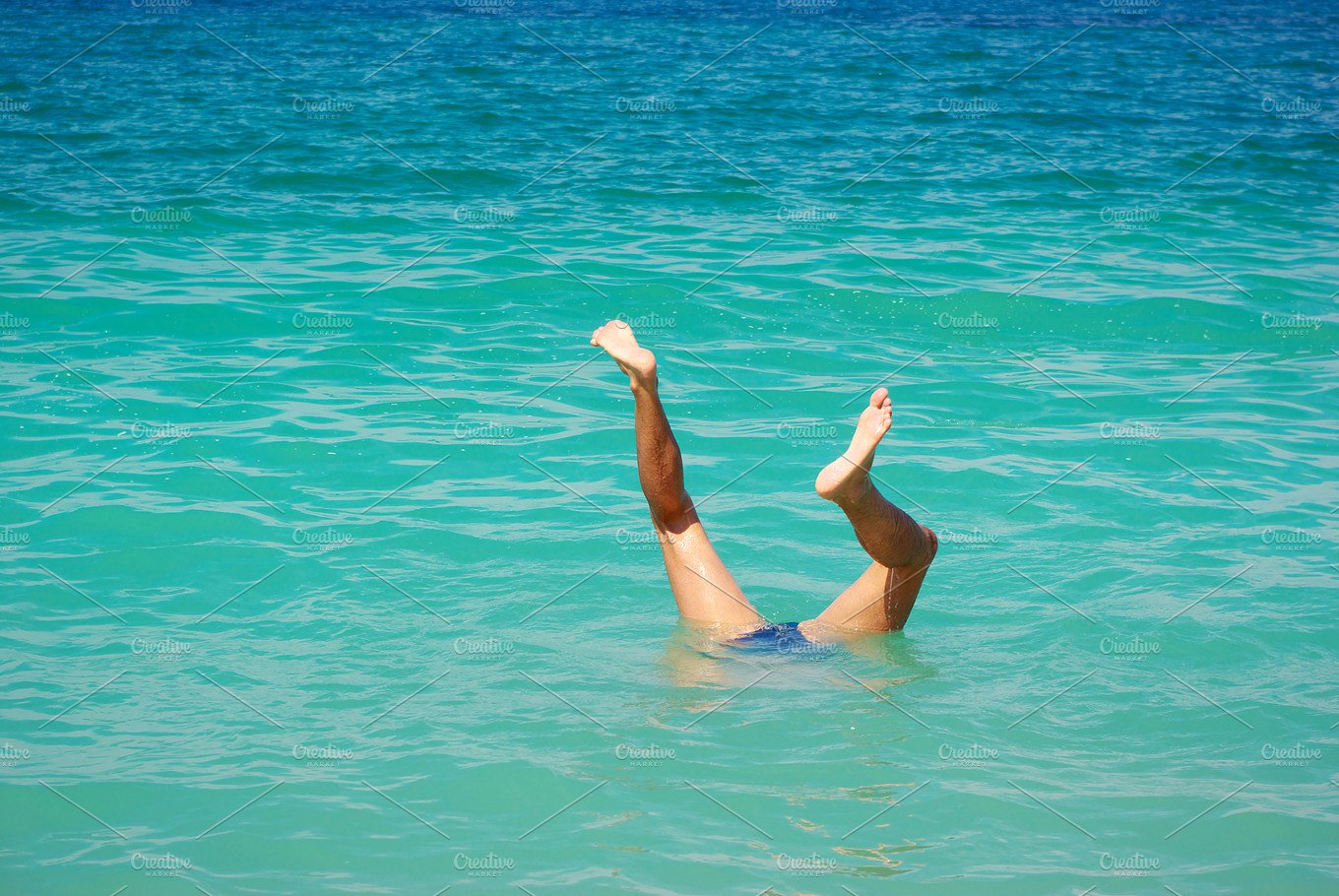 A man met a beautiful blonde lady and decided he wanted to marry her right away. She said, “But we don’t know anything about each other.” He said, ‘That’s all right, we’ll learn about each other as we go along.’

So she consented, they were married, and off they went on a honeymoon at a very nice resort.
One morning they were lying by the pool, when he got up off of his towel, climbed up to the 10 meter board and did a two and a half tuck, followed by three rotations in the pike position, at which point he straightened out and cut the water like a knife. After a few more demonstrations, he came back and lay down on the towel.

She said, “That was incredible!” He said, “I used to be an Olympic diving champion. You see, I told you we’d learn more about each other as we went along.”

So she got up, jumped in the pool and started doing lengths. After seventy -five lengths she climbed out of the pool, lay down on her towel, and was hardly out of breath. He said, “That was incredible! Were you an Olympic endurance swimmer?” “No … I was a prostitute in Memphis but I worked both sides of the Mississippi”!

A man wakes up in the hospital bandaged from head to foot. The doctor comes in and says, “Ah, I see you’ve regained consciousness. Now you probably won’t remember, but you were in a huge pile-up on the freeway. You’re going to be ok, you’ll walk again and everything, but your penis was severed in the accident and we couldn’t find it.” The man groans, but the doctor goes on, “You’ve got $9,000 in insurance compensation coming and we now have the technology to build a new penis. They work great but they don’t come cheap. It’s roughly $1,000 an inch.”

The man perks up. “So,” the doctor says, “You must decide how many inches you want. But I understand that you have been married for over thirty years and this is something you should discuss with your wife. If you had a five incher before and get a nine incher now she might be a bit put out. If you had a nine incher before and you decide to only invest in a five incher now, she might be disappointed.

It’s important that she plays a role in helping you make a decision.” The man agrees to talk it over with his wife. The man comes back the next day, “So, have you spoken with your wife?” asks the doctor “Yes I have,” says the man.” And has she helped you make a decision? “

“Yes” says the man. “What is your decision?” asks the doctor. “We’re getting new granite countertops”.

I wasn’t feeling “right” so I went to the V.A. the other day and found out I have been assigned a new beautiful, female doctor. Her specialties include men’s ailments, Geriatric issues and dietary disorders. I was embarrassed but she said, “Don’t worry, I’m a professional I’ve seen it all before. Just tell me what’s wrong and I’ll check it out”. I said, “Well, my wife thinks my pecker tastes funny”…..

Mrs. Ravioli comes to visit her son Anthony for dinner. He lives with a female roommate, Maria. During the course of the meal his mother couldn’t help but notice how pretty Anthony’s roommate is. Throughout the evening, while watching the two interact, she started to wonder if there was more between Anthony and his roommate than met the eye. Reading his mom’s thoughts, Anthony volunteered, “I know what you must be thinking, but I assure you, Maria and I are just roommates.”

About a week later, Maria came to Anthony saying, “Ever since your mother came to dinner, I’ve been unable to find the silver sugar bowl. You don’t suppose she took it, do you?” “Well, I doubt it, but I’ll email her, just to be sure.”

Several days later Anthony received a response email from his MaMa which read: