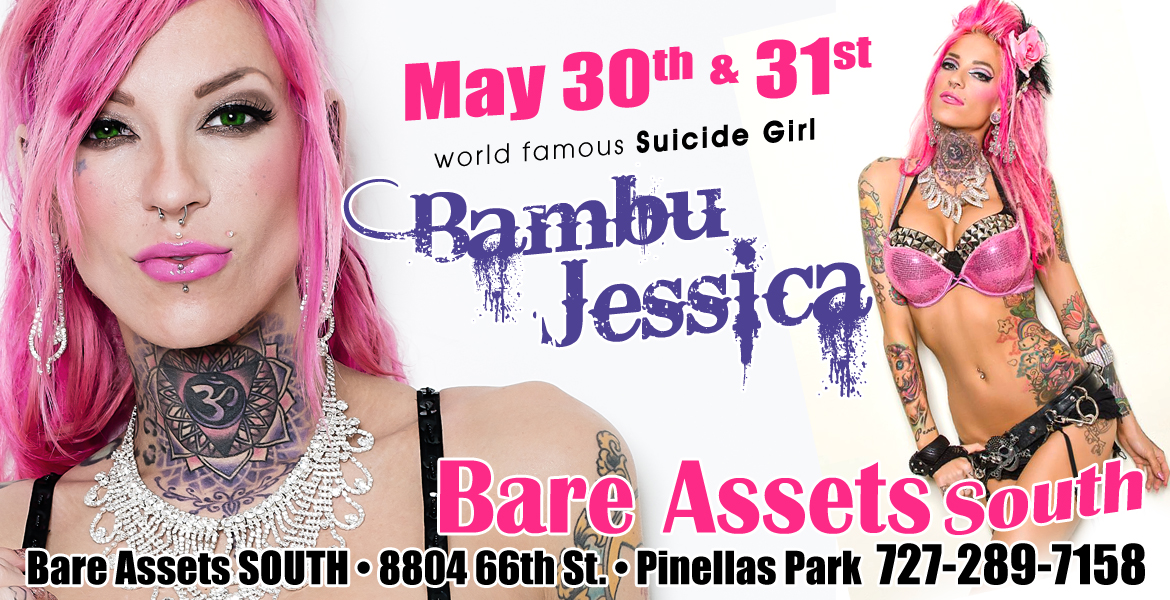 Professional Alt model, international performer & reality tv star, Bambu has performed in over 9 different countries! Was featured in  3 ongoing/weekly shows on the Las Vegas strip and Headlined her own tours. Bambu has performed for audiences in Nightclubs, Casino’s, and Events Globally!

Bambu is on the road nearly every weekend. To see her upcoming tour dates go to http://bambujessica.com/tour-dates/