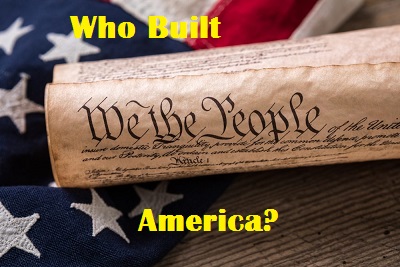 This week it is a TV series that gave me the idea for this subject. Of course we are all familiar with how the country was founded and the people who were instrumental in building this country over the past three hundred plus years. People like the Vanderbilts, Rockefellers, Carnegie, J.P. Morgan, etc. and the list goes on and on. But there is a lot that is not in the history books about how many companies got their start, what they went through to forge ahead to become the huge corporations they are today.

Being somewhat of a history buff I was excited when  a couple of years ago the History Channel ran a series about the “The Men Who Built America” and it was fascinating study of how these men, as I mentioned above, began with almost nothing but an idea and a dream and made those ideas and dreams come true. There was also “The Men Who Built America: Frontiersmen” that focused on people like Daniel Boone, Lewis and Clark, Davey Crockett, etc. The History Channel did another series, which they are currently rerunning in on Sunday nights called “The Foods That Made America”. It has been another fascinating look at how some of the most popular and iconic names in food got their starts and what they went through to become the popular products they are today for millions of people. It is amazing to see how all the trial and error, backstabbing, refusals to listen and ignorance played a big part in the success stories of these men and how they accomplished what they did. There are so many little twists and turns that took place during the early years of some products and how they evolved or brought about competing products. It is just a fascinating series you should mark down on your calendar.

Beginning Memorial Day weekend the History Channel will debut a new series “The Titans of America” that is being produced by Leonardo Di Caprio, who has produced other history series for the channel. This series is going to take an in depth look at some of the biggest business titans who shaped the future of this country with their innovations, inventions and looks into the future.

If you like finding out things about how this great country was formed and the people who had a part in it then please check out the series I have mentioned here. You won’t find it in the history books, just like a lot of history that they leave out of books. I’m always fascinated about how things came to be in this country and these series provide a lot of the answers.

P.S. If you happen to be a train buff like I am, then check out the series “Mighty Trains” on the National Geographic Channel…..This is another fascinating show where you can ride right along with some of the greatest trains all over the world. It gives you a very close, inside look at how these trains are put together,  maintained and all they go through with weather, disasters, etc. to give their passengers the ultimate travel experience in every way from start to finish. This is a train lover’s 5 star performance.

Art’s World – A New Theme Park to Open In November