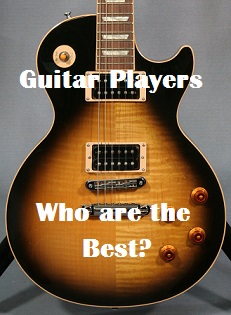 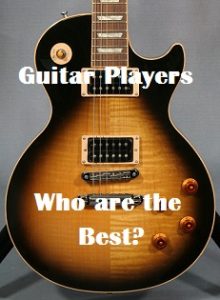 There is a list of the very best guitar players ever and was the idea for this week’s “Shit We Should Know”. It is an argument that can go on forever simply because there are so many types and styles of music to choose from and how certain musicians approached that style. When you think over the past 65 years since the birth of rock and roll, the number of fantastic guitar players that have come and gone, picking a top 10, or even a top 20, let alone a top 40 is no easy task.

At the end of this wewill give you the link or their Top 40 (actually 42) guitar players. In the meantime here is our list, in no particular order, of 10 we personally think are among the best of all time.

Willie Nelson – He’s known as a singer and writer, but when it comes to picking a guitar, Nelson is creatively one of the best there is on any style of music.

Billy Gibbons – ZZ Top – His style and wizardry have a lot of B.B. King influences giving his riffs something special to add to every ZZ Top song.

Glenn Campbell – People forget Campbell was a master guitarist. Before he hit it big as a recording star, he did the guitar sessions for Nat “King” Cole and Sinatra and others at Capitol Records.

Duane Eddy – The boss of the twangy guitar in the 50’s, he was a lot more and led the way with that unmistakable bass sound that would become often copied but very popular with future players.

Jimi Hendrix – What can you say other than genius. Add the fact that he was also left handed, a rarity among guitar pickers, he was the best with a style no one can copy or match.

Joe Walsh – The Eagles – Still going strong today, Walsh gave the group a guitar sound that was almost impossible to copy and solos like no other that really solidified the group as a whole.

Carlos Santana – Another genius whose flare and mix of Spanish, rock, jazz and other influences make his playing instantly memorable. Unless you are comatose, you won’t sit still when he plays.

Stevie Ray Vaughn – He has always been a personal favorite. Stevie took a blend of jazz, blues and rock and fused it all together with a physical presence that set him apart from the others.

BONUS – You cannot have a list of  the greatest guitar players without including the name Les Paul…….He was a pioneer of the solid body electric guitar, invented things like overdubbing, delay effects such as tape delay, phasing effects and multi track recording. He would create the idea of licks, trills, chording sequences, fretting techniques and more. Every picker today can thank Les Paul for all he gave the guitar world.

Sexual Sounding Names of cities and Towns in the U.S.