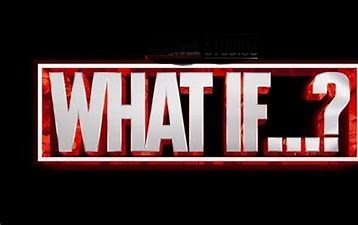 This time a little something different. What if…..some of your favorite TV shows, and movies had not made certain last minute changes what would they have been like? Here are some interesting and little known facts of how some changes were made and mostly for the better.

The hit movie “Forrest Gump” almost had a different lead actor to play Forrest. John Travolta was offered the role but turned it down and Tom Hanks got it.

The role of Archie Bunker in “All in the Family” was originally given to Mickey Rooney, but he turned it down and did not want to play a bigot. Carroll O’Connor, who had mainly played bad guys in movies, got the award winning role.

What would “Grey’s Anatomy” have been with a different McDreamy? The role was originally given to Rob Lowe, but he turned it down for another TV show. So the role went to Patrick Dempsey and we all know the rest.

When they were beginning to put together the classic film “Gone With the Wind” they were all set and gave Gary Cooper the lead role of Rhett Butler. He backed out because he felt the movie would be a bomb and ruin his career. So the role was taken by Clark Gable, and we all know the rest. Yeah, I know some of you are saying “I don ‘t give a damn!”

The role of Walter White in the groundbreaking show “Breaking Bad” was first given to Matthew Broderick, but the producers were adamant about having Bryan Cranston playing the part and the rest, as they say, is history.

“Elf” has become a Christmas holiday classic thanks to the star of the film Will Ferrell, formerly of SNL. However, originally Jim Carrey signed on to play the part. Because it took several years to get the movie into production Carrey backed out and Ferrell was given the role.

Gywneth Paltrow turned down the iconic role of Rose in the mega box office smash hit film “Titanic” as she didn’t think the movie would do all that well and wasn’t right for her. So Kate Winslet took on the role and we all know what happened with the film.

One final “what if” and it is a doozy. When Paramount was getting ready to do “The Godfather” they did not want Al Pacino to play the role of Michael Corleone. They offered the role to Warren Beatty, Robert Redford, Ryan O’Neal, Dustin Hoffman and Jack Nicholson and they all turned it down. Finall with no choice the studio gave in and Pacino got the role.

Fun Facts About “The Munsters”