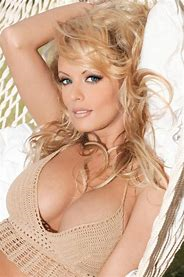 Today is the 30th Anniversary of National Pi Day! What is PI you ask? Pi represents the ratio of a circle’s circumference to its diameter. It’s an important part of the foundation of mathematics, most importantly geometry, where Pi is key to equations calculating the area of a circle, A = πr2, and the volume of a cylinder, V = πr2h. WTF ??? Physicist Larry Shaw from the San Francisco Science Museum started National Pi Day in 1988 (what a nerd) and we have celebrated it ever since. I love National Pi Day … hot “Apple Pi” with a scoop of Vanilla Ice Cream makes it one hell of a holiday!!

The world lost one of the smartest men ever born yesterday as Professor Stephen W. Hawking passed away at the age of 76 at his home in Cambridge, England. Hawking was a marvel of a man overcoming Lou Gehrig’s Disease that was diagnosed back in 1963. Even being confined to a wheelchair, Hawking lived life to its fullest. At the age of 60 he went for a hot air balloon ride … at 65 he took part in a zero-gravity flight aboard a specially equipped 727 jet. He was married twice and had parts on The Simpsons, Star Trek and the Big Bang Theory. The world will not be the same without Dr. Stephen Hawking.

Like it or not several big retailers have decided to continue selling assault weapons as a part of their hunting equipment. Bass Pro Shops, Gander Outdoors and Academy Sports will “stick to their guns” and continue to sell the rifles. Wal Mart and Dick’s Sporting Goods have went the other way and discontinued the sale of assault weapons.

PINELLAS "SAFER AT HOME RESOLUTION" and what that means