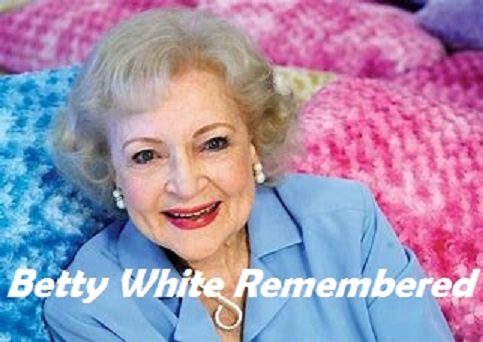 On New Year’s Eve we lost a true icon and legend in the world entertainment Betty White, who passed away at age 99. She was just a couple of weeks away from celebrating her 100th birthday with a big special, and now we mourn, and celebrate, this great lady. We enjoyed her in Life with Elizabeth, her great stint on the Mary Tyler Moore Show and then her fabulous role on the Golden Girls. There was also the game shows, talk shows, variety shows and even a hosting gig on SNL. How can we ever forget the Snickers commercial from Super Bowl XLIV in 2010 and so much more. If it was there to be conquered Betty White was the one doing the conquering. But she was more than just a gifted actress and entertainer she was also a very big animal right activist and a fighter for civil rights.

In her honor, in this week’s “SWSK” we will share a few fun facts about this beloved star along with some of her very fun comments from over the years. This incredible lady was truly one of a kind and we were all made better by her presence.

She made her television debut in 1939 when it was still an experimental medium. She was 17 and on the show she wore her high school graduation dress and danced the “Merry Widow Waltz” with her high school president.

She and her family were very much into camping and that love almost became a career working with animals and as a Forest Ranger, but show biz won out.

That love for animals was with her throughout her life and at one time she had 26 dogs. When asked about her love for animals Ms. White said if show business hadn’t happened she would have become a “zookeeper”.

As for what she loved most about her legendary life she said the three things that she loved the most were her career, her animals and her one and only true love, her husband Allen Ludden.

They were total opposites, game show host Ludden was pretty much straight laced and proper while Betty was outgoing, a bit raunchy in a good way and full of life. But when she was a guest panelist on “Password” something between them clicked and they were married for almost 20 years before he lost his battle with cancer.

She was also ahead of her time with race relations. On her “The Betty White Show” in the early 50’s she had Arthur Duncan, a black dancer on the show as a performer. There were protests to have him removed because he was black and the network politely asked and Betty refused several times. Instead Betty gave Duncan more exposure on the show and it turned into a big jump start to his career.

As for some of her funny comments. Johnny Carson asked her what she in her free time and she answered with, “Ummm, well, vodka is a hobby.”

Asked what she did for exercise: “I have a two-story house and a very bad memory, so I’m up and down those stairs.”

“My mother always used to say, ‘The older you get, the better you get. Unless you’re a banana.’”

While portraying the sexually voracious Sue Ann Nivens on “The Mary Tyler Moore Show,” she declared, “A woman who does a good job in the kitchen is sure to reap her rewards in other parts of the house.”

“My answer to anything under the sun, like ‘What have you not done in the business that you’ve always wanted to do?’ is ‘Robert Redford’.” Ironically, after her passing Redford admitted he always had a crush on Betty.

Recently she was asked about regrets, “I have no regrets at all. None. I consider myself to be the luckiest old broad on two feet.”

We could go on and on about this grand dame of show business, she was definitely one of a kind and will be sorely missed. She made us laugh, she made us cry and she made us think. She was, in every respect, the ideal “American Woman”. Now she joins all her cohorts from the Mary Tyler Moore Show and Golden Girls and I have a strong feeling heaven will never be the same. We all thank you for everything you have given us and the legacy you left behind. Most of all WE thank you for being a friend.  R.I.P Betty White.

December is a Holiday Every Day!