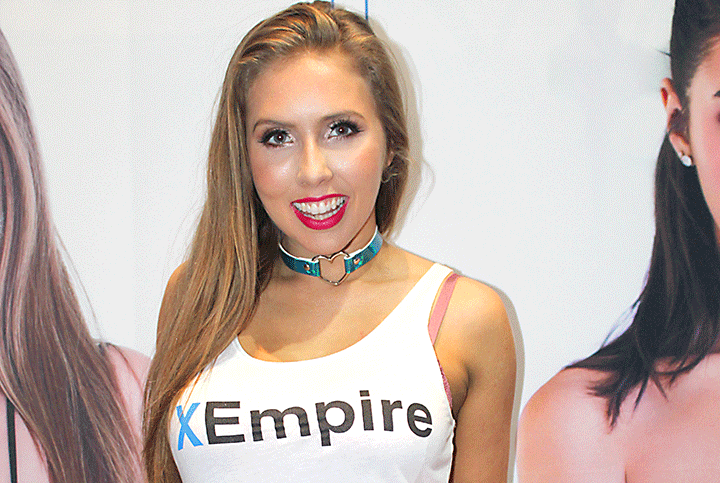 ANOTHER SUPERSTAR FROM THE SUNSHINE STATE!

The State of Florida is known for sunshine, palm trees, beaches and adult film stars! I had the chance to meet and interview the beautiful Lena Paul at the AEE Expo in Las Vegas. Lena was born in Jacksonville and started her career as a web cam girl. She did her first hardcore scene when she was 22 years old and is a lot more than just another sexy woman.

Lena has a degree in Latin American History and is intrigued in the early Mayan culture. She wants to get a Master’s Degree in finance or social work. Lena never danced on an adult club stage but as soon as people saw her magnificent 32D-25-36 body and beautiful face she was in demand for films. “I love what I do and maybe down the road I will also produce or direct”, she said. Lena has shot for every major company including Wicked, Naughty America, Evil Angel, Girlfriends Films, Bang Bros, Blacked, Tushy and more. She was also nominated in the “Best New Actress” category by AVN, XBIZ and NightMoves.