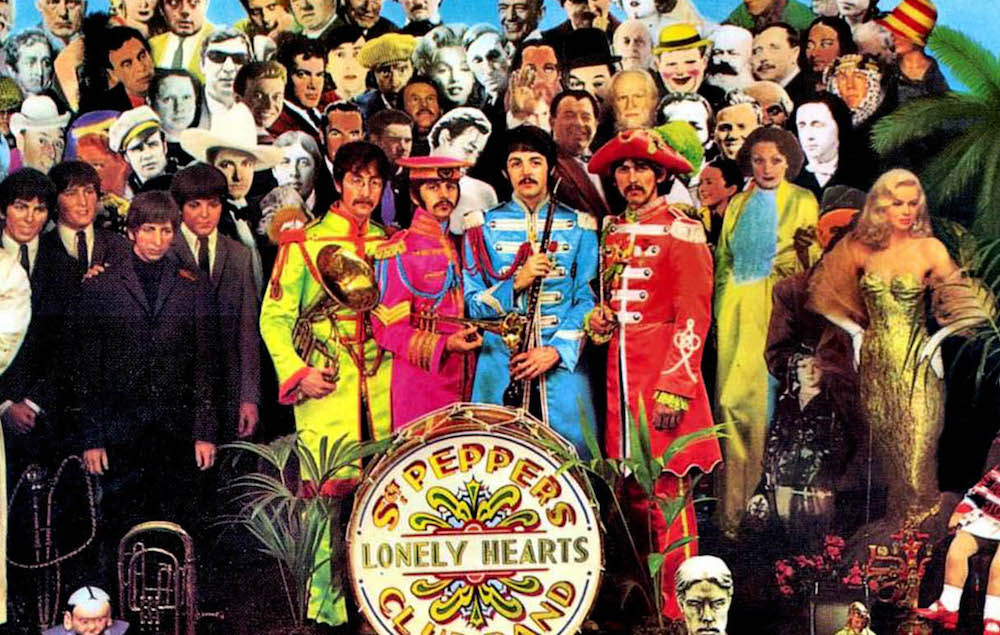 If you listen to music … I’m sure you know The Beatles. The Beatles were formed in Liverpool, England in 1960. With members John Lennon, Paul McCartney, George Harrison and Ringo Starr (who replaced original drummer Pete Best in 1962), it is easy to say they are the most popular and influential band of all time!

The Beatles are the best-selling band in history, with estimated sales of over 800 million physical and digital albums worldwide. They have had more number-one albums on the British charts and sold more singles in the UK than any other act. They are also the best-selling music artists in the United States, with 178 million certified units. In 2008, the group topped Billboard magazine’s list of the all-time most successful artists and (as of 2017) they hold the record for most number-one hits on the “Hot 100” chart with twenty. They have received seven Grammy Awards, an Academy Award for Best Original Song Score and fifteen Ivor Novello Awards. The group was inducted into the Rock and Roll Hall of Fame in 1988, and all four main members were inducted individually from 1994 to 2015. They were also collectively included in Time magazine’s compilation of the twentieth century’s 100 most influential people.

On February 7,1964 The Beatles left the United Kingdom for New York City. They gave their first live US television performance two days later on The Ed Sullivan Show. That performance was watched by approximately 73 million viewers in over 23 million households (an astounding 34 per cent of the American population and the largest audience that had ever been recorded for an American television program at the time). Yes I was one of those 73 million. I was 11 years old and that program changed my life as music became my number one interest. I started playing the drums, listening to the radio non-stop and singing along to everything!

The Beatles changed the way people listen to music and they created many of the sounds are still being heard today. They were one of the first bands to lay tracks on top of tracks in the recording studio … they were the first to use “feedback” in a recording … they added strings and horns to pop music … and their fantastic harmonies are legendary!

The Beatles produced numerous albums that reached #1 but Sgt. Pepper’s Lonely Hearts Club Band was the crowning jewel for the band. Sgt. Peppers was the first album to print the lyrics to every song (they appeared on the back cover). Those lyrics were the subject of critical analysis; for instance, in late 1967 the album was the subject of an inquiry by an American literary critic and professor of English who observed that his students were “listening to the group’s music with a degree of engagement that he, as a teacher of literature, could only envy”.

The album took over 700 hours to record as the band used giant primitive oscillators to vary the speed of instruments and vocals. They had tapes chopped to pieces and stuck together upside down and the wrong way around to create new sounds. Parts of “A Day in the Life” featured a 40-piece orchestra. The musical complexity of Sgt. Pepper became the catalyst for an explosion of mass enthusiasm for album-formatted rock that would revolutionize both the aesthetics and the economics of the record business. The album’s elaborate cover also attracted considerable interest and study and in 2003, Rolling Stone Magazine ranked it number one on its list of the “500 Greatest Albums of All Time”.

By 1968 the band started falling apart as fame, fortune, females and the pressure of always having to be better took its toll. Today, McCartney and Starr are the two surviving members and both remain musically active both touring and recording. Lennon was shot and killed in December 1980 in New York City, and Harrison died of lung cancer in November 2001.

It’s safe to say there will never be another band like The Beatles. Their overall sound, lyrics, harmonies and timing (the right band at the right time in history) will never be duplicated. However Beatle music is still going strong … Not only via Paul & Ringo but as a group!

In Las Vegas, Cirque du Soleil‘s Love (The Beatles stage revue) George Martin and his son Giles remixed and blended 130 of the band’s recordings to create what Martin called “a way of re-living the whole Beatles musical lifespan in a very short time period”. The Beatles: Rock Band, a music video game is still being sold and on 18 May 2017, Sirius/XM Radio launched a 24/7 radio channel, The Beatles Channel #18. On May 26, 2017, Sgt. Pepper’s Lonely Hearts Club Band was reissued with new stereo mixes and unreleased material for the album’s 50th anniversary.

Simply put … I love The Beatles and my number one station on my car’s radio is the Sirius/XM Beatle channel. I will be putting up my all-time favorite Beatles songs in another post! Remember the words of Paul McCartney … “In the end the love you take is equal to the love you make” !!