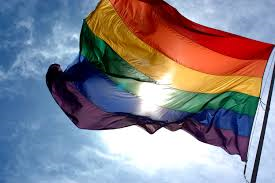 I have been in the adult entertainment industry for 30 years. I have seen the industry change and evolve in multiple ways. During this time I have been looked down upon, chastised and even punished for being associated with adult dance clubs, video stores, lingerie shops, aroma therapy spas, adult film companies, entertainers and performers.

I have owned multiple publications during my life but I have always had to fight the stigma of owning NightMoves. I could never get local beer distributors to advertise in ANY of my publications because I owed NightMoves. That’s right, they boycotted all of my magazines because I owned NightMoves even though the other magazines had NOTHING to do with the adult industry in any way, shape or form.

I know of a local club owner that was forced to close his bank account because the bank “found out” his account was associated with the adult industry. They told him they do not do business with that type of company. I have also had credit card companies refuse me because of my ties with the industry. I have had an associate be asked to move out of his apartment complex because he worked in the adult industry.

Three years ago NightMoves removed all nudity from our pages. I want my readers to patronize my advertisers if they want to see nudity. It also gives me the opportunity to widen my distribution base as many non-adult businesses will not distribute if we print nudity. Even with that fact I cannot get the kind of advertisers that I want to add to NightMoves. I feel the magazine needs: divorce lawyers, family law attorneys, breast doctors, limo service, restaurants, non-adult dance clubs & sport bars, realtors, cell phone providers, health & beauty spas, tattoo parlors, casinos, cruise ship/travel agents and used car dealerships. All of my readers use these products! We not only reach the men who go to clubs and video stores but the women who work in them.

Why am I saying all this????? Well June is “Gay Month” and I am sick and tired of seeing gay magazines and gay parades getting every mainstream business in the world as advertisers! Let me make a statement … I 100% support the gay pride movement … I am NOT homo-phobic … I am NOT anti-gay in any way … I do NOT care what consenting adults do in the bedroom … I’m super glad that same sex couples can get married … and I am glad to see the progress the gay/lesbian community has made in the past 10 years. This isn’t about any bias I could possibly have regarding anybody who is gay, lesbian or bi-sexual.

However I am pissed off that major advertisers feel they need to support anything the LGBTQ movement does and chastise anything that straight people do. The St. Pete Gay Pride Parade will take place on June 23 in St.Petersburg. You will see floats from Bank of America, Walgreens, SunTrust and many other corporate sponsors. Why is that ok but supporting NightMoves or any adult business is 100% taboo? Disney World has “Gay Days” do you think I could have “Straight Days” at the park? Budweiser & Smirnoff are the two major sponsors of Orlando’s “Gay Days Mardi Gras”. The Tampa Bay Rays will have “Gay Pride Night” on June 8 where they will have a special cap with an altered team logo and rainbow brim! I-Heart Radio even has a special “Pride Radio” station this month … say what? I guess it will only play music from Cher, Diana Ross and gay/lesbian artists???

Let’s be frank, aren’t we just talking about sex here? What makes one person straight and the other gay or lesbian? It’s what they do regarding sex! The difference between being straight and being gay is what happens in the bedroom. It doesn’t matter what clothing you wear, what movies you like, what food you eat or who you hang out with … it’s what you do sexually. A “Lifestyle” can be a straight lifestyle or a LGBTQ lifestyle. Why do advertisers feel its ok to spend money on same sex people but bad when it comes to male/female people? I just don’t understand.

I want Bank of America and Walgreens in NightMoves … I want lawyers and doctors in NightMoves … I want beer & liquor companies and casinos in NightMoves … but that’s not happening because I’m a male/female sex publication.  I have been fighting this stigma all my business life and I don’t see it changing in the future. I will always be the “bad guy” when it comes to corporate money and I’m not alone as every adult business owner has the same story in some way. It’s not fair and makes no sense as there are more straight people in the world than gay/lesbian people … why won’t big business see that?  Straight people have money too!

Well at least I finally had the opportunity to write this article and get things off my chest! It won’t change anything but it makes me feel better!