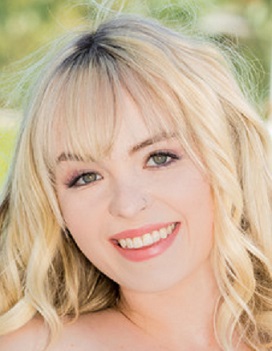 This week we bring you a girl who comes to the industry by way of  the Pacific Northwest. She has been making upward strides in the industry since her debut a couple of years ago. But in the past year, even with the pandemic she has been busier than ever and recently with some new scenes and releases is really coming on strong. Her name is Lilly Bell.

After school was finished Lilly went into the work force and had herself an office job. The 9-5 life didn’t prove exciting enough so what was next? With her love for sex she decided to give camming a try and that turned to be a wise decision. She started doing shows and developing a fan base and having fun on Camsoda.

It was during this time that she also met adult performers Mandy and Laney Grey and did content with them. This new friendship also inspired Lilly to look into agencies. SoLilly did a lot of research before hooking up with OC Modeling while she was in Las Vegas and did her first film in late 2019.

From that point on Lilly continued, and still does to this day, doing shows for Camsoda, but she was also busy doing films. To this point she Has done films for labels like Evil Angel, Sweet Sinner, Bellesa Films, Girlfriends Films, Vixen, Blacked, Naughty America and many web labels besides Camsoda. She was just recently the “Twisty’s Treat of the Month” in August.

With her blue/green eyes, awesome figure, long blonde hair and winning smile she makes quite a picture. In addition, she is well spoken, smart and a total pro when it comes to the business. She takes everything seriously and wants to give her fans the best and she has succeeded. She works with OC Modeling and has become a big part of the Vixen Media Group with some outstanding performances.

The pandemic may have had the industry down but it didn’t slow Lilly. As we said she kept doing web shows for Camsoda and other and also had some films in release. Here are some you need to check out. There is “Black and White 20” for Blacked, “Lesbian Tutors 9” for Girlfriends, “Seductress 2′ for Sweet Sinner, the recent “Nympho.com 20” for Evil Angel and the new “Freaky Petite 6” for ArchAngel.

Now that the industry is back into a more normal state, you can look for even more great scenes and big productions from this sexy young lady. There is always her web shows plus her films that will certainly keep you very entertained. I see some very big things for this young lady in 2022 and beyond as her fan base continues to grow. I am pleased to have Lilly Bell as my “Girl of the Week, here on AAN. 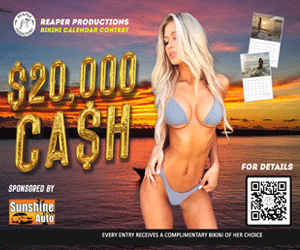