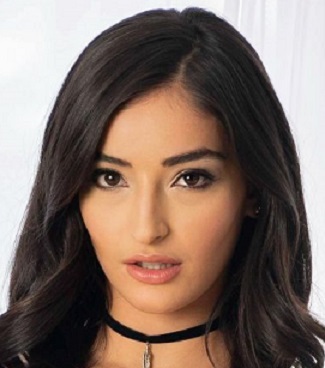 She comes to the adult industry by way of Argentina and has been one of the busiest and hottest performers since she arrived on the scene. In this past year , even with the  pandemic, she was very busy and garnered award nominations from NightMoves, XRCO, AVN, XBIZ and won more than a dozen from all these organizations.  Now as the new award season is upon us she has been nominated once again in a wide variety of categories. She has definitely become a major star in all phases of the adult industry. Her name is EmilyWillis.

As we said, she is one very busy young lady and the scenes and offers will keep coming as will the awards and nominations. She is extremely talented, likable, totally the real deal and the best is yet to come. With the industry back to  normal you can look for even bigger things ahead for this incredible talent.  I am very pleased to bring you Emily Willis as my “Girl of the Week: here on AAN.

Girl of the Week – Natalie Knight

Girl of the Week - Brooklyn Chase