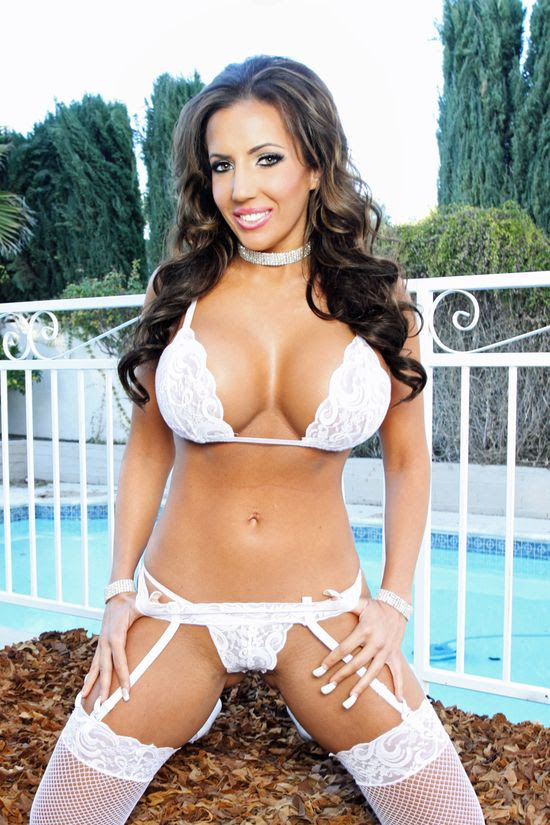 Albequerque fans will have an opportunity to see the starlet perform in three shows per night!

(ALBEQUERQUE, NM) 2013 Adult Movie Feature Entertainer of the Year Richelle Ryan (http://richelleryanonline.com) continues to wow audiences around the country and the next stop for the passionate performer is Albequerque, NM. Richelle will perform at TD’s Eubank Club, TD’s North Club (http://www.tdsalbuquerque.com)and Fantasy World (http://www.fantasyworld-nm.com) gentlemen’s clubs from Thursday, December 19th through Saturday, December 21st. The incredible starlet will perform a show at each club per night. Richelle is known for her passion on stage and electrifying adult scenes.

“I am so excited to visit Albequerque this week,” said Richelle. “I’ll be at three different clubs each night so I hope my fans come out and see me!“

The sensational adult star is sure to have 8x10s, DVDs and plenty of t-shirts from her Attention Whore clothing line to sign and sell to fans after her performances.

A press release by
www.StarFactoryPR.com

Passionate Italian performer Richelle Ryan has always loved the spotlight. The busty bombshell was working her way through college as an exotic dancer when she began to truly embrace her sexuality. Still yearning for more recognition, the adventurous starlet decided to take her exotic dancing to the next level and moved to Los Angeles to pursue a career in adult entertainment. Born and raised in New York, Richelle is a die-hard New York Giants football fan and loves sports. The sizzling screen siren maintains her gorgeous figure with Bikram yoga and an intense crossfit routine. Since joining the industry Richelle has appeared in films with renowned production companies like Naughty America, Evil Angel, Bang Bros, Wicked Pictures, Vivid, Elegant Angel, New Sensations, Hustler, Adam & Eve and more. The buxom beauty continues to tour the nation’s most esteemed gentleman’s clubs for feature dancing and in 2011 won the silver medal at the Penthouse Golden G-Strings Awards. Richelle currently holds the title of Adult Movie Feature Entertainer of the Year, won at the 2013 Exotic Dancer Awards. Audiences can’t get enough ofRichelle’s ravishing body and sexy, seductive moves. Now with an esteemed award under her belt, there’s no stopping this fiery performer!

Letter from the Editor