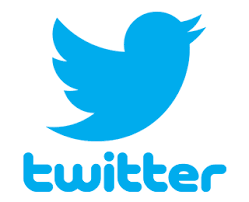 TWEET TWEET … Get ready all you Twitter users. The company has decided to end its iconic 140-character limit and doubling it to 280 characters! The company says that 9 percent of all tweets hit the 140-character limit and they hope the expansion will get more people to Tweet. It has also stopped counting polls, photos and videos towards the limit.

BANG BANG … I believe in the Second Amendment and feel Americans have the right to own a gun. That said I see no reason that anybody needs to own a semi-automatic rifle. It isn’t used for hunting and you can protect your home with a hand gun, regular rifle or shotgun … Americans make up 4.4% of the world’s population but own 42% of the world’s guns … Between 1966 and 2012 there were 90 mass shootings (we all know that has increased the past few years) … The USA has approximately 270-million guns while no other country has more than 46-million (that country is Yeman).

BEAUTIFUL MUSIC … The Telecaster and the Stratocaster are two of the most famous electric guitars ever manufactured. They were both invented by Leo Fender who never knew how to play the instrument … Frank Beard is the only member of the rock group ZZ Top without a hair on his face … The rock group Duran Duran was named after a mad scientist from the Jane Fonda movie “Barbarella”… The very first CD ever pressed in America was Bruce Springsteen’s “Born in the USA” … Barry Manilow wrote numerous hit songs but one of his biggest hits “I Write the Songs” was not one he wrote … Bono from the group U2 is the only person to be nominated for an Oscar, Grammy, Golden Globe and Nobel Peace Prize!

A ROAD TO NOWHERE … Workers in Germany have uncovered an ancient Roman road that dates back to the second century. The roadway was discovered as they were installing security barriers for an annual Christmas marketplace. The road was used to connect two settlements and is being considered a major find.

FAR OUT … The San Francisco based company Elysium Space is giving people the opportunity to get buried on the moon. The company (founded by former NASA engineer Thomas Civeit) charges $12,000 to transport remains to the moon. The moon burials are scheduled to begin next year. The company currently takes ashes up to space in a rocket that reaches Earth orbit and then falls into the atmosphere causing a re-entry burnup that looks like a shooting star.

Hi HO IT’S OFF TO WORK WE GO … Can you name the seven dwarfs from the story Snow White? Can you remember which one wore glasses? Which one doesn’t have a beard? The original Snow White story (written by the brothers Grimm) did not name the dwarfs and in some stories there were six or eight of the little fellows … Walt Disney gave them their most famous names and decided seven was the perfect number. Ok, here we go the seven names are … Sneezy, Bashful, Sleepy, Happy, Grumpy, Dopey and Doc. The dwarf wearing glasses was Doc and Dopey was beardless.