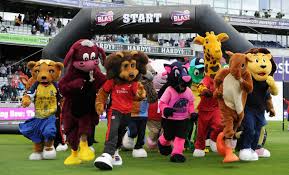 Ok everybody !! I’m sure you all know that the University of Florida is nicknamed the Gators, Florida State is the Seminoles and USF are called the Bulls … but do you know these other 20 school nicknames? Let’s see how good you are ….

Nicknames give a school an identity that stays with its students and staff forever. In Division One NCAA schools, 14 universities have Bulldogs as their mascot including: Georgia, Butler, Fresno State, Gonzaga and Yale … 13 schools use Tigers as their nickname including: LSU, Auburn, Clemson, Memphis and Missouri … 11 teams use Eagles including: Boston College, Eastern Michigan and Florida Gulf Coast University … 9 schools are called Bears including: Baylor, Brown, Maine and The University of California … also with 9 are Wildcats and they include: Arizona, Kansas State, Villanova and Kentucky!

Since 1956 a live Bulldog named Uga has been the mascot for the University of Georgia. There have been nine Uga’s in the school’s history and when the die they are buried in marble vaults near the stadium’s main gate. Uga’s sweater is made out of the same material the player uniforms are made of. During games, Uga has an air conditioned dog house next to the cheerleaders platform.

A few other mascots include: Marshall University’s “Marco the Bison”, Colorado States live buffalo is named “Ralphie”, Arkansas has “Tusk” the razorback, “Stella” is the name of Temple’s owl, Navy’s mascot is “Bill the Goat” and “Renegade” is name of Florida State’s horse.

Here are the answers you’ve been waiting for: