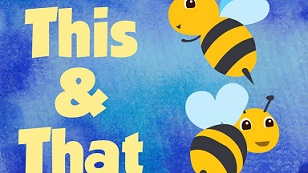 Art’s World – Some This and That

This week there are no real rants and raves, just some things that I have observed over the past week or so. They cover a wide area of subjects and topics, that make you shake your head, make you think and above all, make you really wonder what in the hell this world is coming to. But we end this one on a good note.

Is $15 an hour really worth it? Over the past week alone, no less than 5 workers at fast food chains like Wendy’s KFC, Burger King, Taco Bell, etc. all over the country, including one right here in Sarasota, have been shot or physically  assaulted. One in critical condition, another may have some brain damage from the beating they took. Why? All because scumbag customers had complaints about their food orders. And people wonder why places have trouble hiring help.

Fly the friendly skies. Really? The delay of flights, or flight diverted from their course because of unruly passengers continues. Most of it has to do with the wearing of a mask, but not all, The most recent was diverting a Frontier flight because two passengers got into a physical assault, not over the wearing of masks, but it was over the Super Bowl.

Cheat, it’s okay. So now young Kamila Valieva has been given the okay to continue to take part in the Olympics even though she tested positive for a banned drug? That is wrong, wrong, wrong. It has turned the figure skating into a joke and is not fair to every other competitor. Let me make it a clear, I do not blame the girl, she is just 15, but she has been programmed and is ordered to do whatever they tell her to do. The worst part is that it is a dangerous drug that is basically for people 55 and over with a heart condition. I only hope it doesn’t harm her or her life. Those handling her should be charged and held accountable.

Oh, I have to pay for it? – With prices rising for just about everything, supermarkets are the ones really feeling the pinch, not only because of higher prices, but shoplifting. In just about every store, Trader Joe’s, Wal Mart, Kroger, etc. people are going on a shoplifting binge and getting away with it because most store will not confront shoplifters for fear of their lives. Yes, it has gotten that bad. So much so that a Wal Mart in Florida now has put locks on their steaks so they cannot be shoplifted. Of course all this shoplifting and loss of sales will make the rise in prices continue.

It’s only a word! Price for everything are skyrocketing, there is the imminent threat of war over the Russia-Ukraine situation, people getting shot every day, there is still the COVID mess, but what are thousands of people concerned about? OMG, Mayim Bialik, hosting Jeopardy! made slight change in wording, calling the first round “single jeopardy!” and people are freaking out and want her off the show. How dare she do that. People, get a damn life!

And we close this edition with something that will make you feel good.

Can’t stay, gotta go! At a time when players on the Los Angeles Rams were celebrating their winning the Super Bowl one player felt something else was much more important. Wide receiver Van Jefferson left the field and didn’t stay to celebrate racing off to the hospital. Not because of a sudden injury, but to see his new born son his wife Tamara, gave birth to during the game. Congrats to Jefferson for having his priorities in the right order and becoming a proud daddy.

Well there you have some of this and some of that. It has really become a weird, wacky, unpredictable world we live in. Maybe one day we will actually see things return to normal. Nah, that would mean common sense and politicians actually doing the right thing for the country. Oh well, we can dream can’t we? Have a great week everyone.