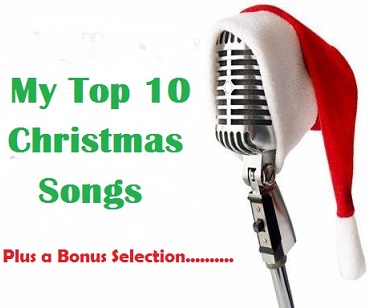 Now that we are officially in the Christmas season, for better or worse this year, holiday songs are being played all over. I decided to check out some lists of all time Christmas favorites. I looked at four different surveys and was amazed none of them even came close to one another. One didn’t even have “White Christmas” listed and one had mostly all rock, heavy metal and hip hop artists versions of Christmas classics. So I decided to make up my own “Top 10” list of Christmas songs, but in no particular order. Guess I am a traditionalist when it comes to the great Christmas classics, so here goes.

White Christmas – Bing Crosby – I know there are many versions and some are really good ones. Still, like Santa Claus, Crosby and that song have become synonymous with the Christmas holiday. To not include a song that has sold over 100 million on any Christmas song list is a head scratcher.

The Christmas Song – Nat “King” Cole – It’s more commonly known as “Chestnuts Roasting on an Open Fire,” but it is an all time classic. There have been a number of other versions over the years, some very good. But for me, there is no one who does this holiday classic better.

Rockin’ Around the Christmas Tree – Brenda Lee – Okay, my old rock and roll roots are showing, but this upbeat song is another one that regardless of what generation you are from it has all the right spirit. Today over 60 plus years later it is a Christmas staple.

I’ll Be Home For Christmas – Frank Sinatra – Originally recorded by Crosby during WW II, the song has been recorded by dozens of artists since from Crosby to Perry Como, Kelly Clarkson to Meagan Trainor and on and on. For me the Sinatra version and orchestration is my all time favorite.

Rudolph The Red Nosed Reindeer  – Gene Autry – Talk about classics, this is certainly one that every little kid, and grownups, have heard, probably had a copy of and just got a smile from listening to it or singing along. How this could be left of any list is beyond me.

All I want For Christmas Is You – Marian Carey –I know this has become “the” song at Christmas ever since she recorded it back in 1994. I know its a popular song with many people under 40. For me personally, it is just okay. Like I said I am a traditionalist, but yes, it belongs on the list.

Have Yourself a Merry Little Christmas – Michael Buble – The real classic here is, of course,  Judy Garland’s version , which I like. But am also a fan of Buble and his version is a great combo of tradition and modern put together to give a fresh new sound. (He is also on my “worst” list)

Santa Baby – Eartha Kitt – It was recorded back in 1953 in one take and became a gold record. Ms. Kitt’s sensual, breathy sexiness in that song made it a fun song to listen to. Today it is still one of the great all time Christmas songs. Still, there are a few radio stations that will not play it.

Santa Claus is Coming to Town – The Jackson 5 -This song has been around since the 1930’s and been recorded by hundreds of artists, Sinatra, Como, Mathis, the Crystals, Neil Diamond, Bruce Springsteen and more but over the years, they had the most popular version showing up on the charts.

Feliz Navidad – Jose Feliciano – This song took over twenty years to finally get the popularity it deserves having been recorded back in 1970. It is up tempo, catchy, fun and expresses the holiday in a whole different way. Even Garth Brooks has a solid version of it. But the Jose version is still the best.

Peace on Earth/Little Drummer Boy – Talk about odd couples, how about 1940’s crooner Bing Crosby and glam rocker David Bowie? The story on how this all came together is amazing in itself. But the performance between these two done in 1977 for a Crosby Christmas TV special will make your jaw drop……It is absolutely an incredible once in a lifetime performance that deserves being part of any Christmas song list. Unfortunately, Bing Crosby passed away a month later at age 73 from a heart attack. Check out the entire video here: https://www.youtube.com/watch?v=n9kfdEyV3RQ

I would love to have your thoughts and favorites so fire away. Have a very joyous holiday season, stay well and stay safe. Merry Christmas to you all.

Art’s World – Check Out This Festival