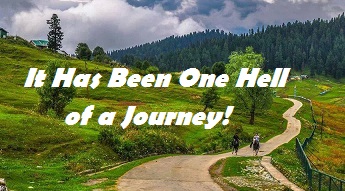 This week is a very special time for me, so please allow me to indulge in a little personal history. Tomorrow I will be celebrating eight and half decades plus one year on this incredible planet called Earth. I am looking forward to many more, if the good Lord allows me that.

I was born during the depression, raised through WW II, served in the Air Force at the end of the Korean War and have seen, and been through more good, bad and ugly over the years than I can count. I have to thank the Air Force not only for serving my country but getting me on the path to a twenty plus year career in radio. It was the Air Force who got me started by doing a weekly USO show while I was stationed at Shaw AFB in South Carolina. That beginning took me to various parts of the country after leaving the Air Force working at various, rock and roll, Top Forty and country music stations. It was a career that afforded me to work with, and get to know, many stars of the day and create memories that I will cherish forever. From radio, I went into the talent side with my own talent agency for several years booking mainly country stars for concerts and shows. Once again I was blessed to be around so many talented people and being able to call many good friends.

Fast forward to 1977 and the biggest decision I have ever made. I decided we had had enough of the rat race, the New York City-New Jersey commute and the brutal winters and made the decision to pack up and move to Florida. My kids were not thrilled, my wife was 50/50 but we did it against the odds and landed in Clearwater in 1977 and I have never looked back. It was tough going at first but we made it through.  My wife adjusted to it all great, my one son was fine with it and still lives in Florida, on the east coast with his family. My other son couldn’t adapt, joined the Navy and then settled in the UK until he passed in 2015.

In 1983 I met a new neighbor Paul Allen Cianci and we hit it off with a lot of mutual likes and dislikes. We got to know his family and over the years they became my second family. In 1989 Paul asked me to join him in a new venture he had started. It was a local sports magazine called Sports South. So I decided to take the chance with Paul and we have been together for 32 years first doing Sports South, then morphing it into NightMoves, then several other magazines over the years and Full Throttle which we began in 1996. Today Paul’s son owns and runs Full Throttle and does a bang up job with it.

If anyone had said to me thirty years ago I would be involved in the adult industry I would have laughed and said they were crazy. But here we are all these years later with AAN, NightMoves, our annual awards show and still going strong writing, editing, reviewing, creating and loving every minute. Also over that period I lost my wife of 44 years, Flo, to a stroke and Alzhiemers in 2002. In 2009 a special angel sent me my precious love Carole. In 2014 I suffered a ”widow maker” heart attack, survived and have never felt better. Then in 2015, a dream I have had forever came true when I became a published author with my book “When Swing Was King” and in 2019 I had the honor of being inducted into the XRCO Hall of Fame.

It’s been one hell of a journey over all these years and has given me more memories and highlight moments than I can ever imagine. I also have tons of people to thank through the years, but speaking for today there are a few very special people who have made this life of mine very, very special. First and foremost there is Paul Allen Cianci and his family who have been my second family for thirty eight years and the love they have given me, there is my “brotha from another motha”, Vern and his bride Suzanne, my son Warren and his family and my walking miracle of love,  Carole. Last I want to thank all of the friends in the industry, in my personal life, those on Facebook, many who I know personally,  and those of you who read my daily features, comments and have made all of my work and efforts well worth it. Thank you all.

What will the future will bring, who knows, but I hope I get to hit the triple digit number in fourteen years. Yep, it has been one hell of a journey so far, but trust me, there is a lot more to come!