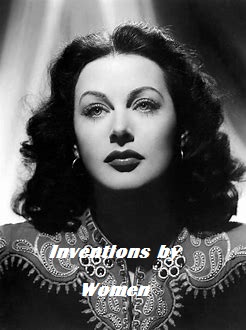 Art’s World – Inventions by Women that Changed How we Live 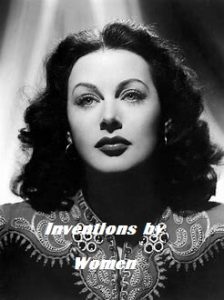 In this time of women‘s movements, empowerment, roles in the workplace, etc. I found this to be a very interesting subject that is a perfect complement to the female sex. Over centuries and decades women were subjugated to “staying in their place”, but some managed to find ways to make their own choices and show the world they could compete with men on many levels. Proving the point here is just a tip of the iceberg with a half dozen products and services invented by women that have become part of our everyday lives and totally changed the world we live in.

The Car Heater – Yep, that nice addition to your automobile that keeps you nice and toasty during cold winter days and nights up north or in any cold climate was invented by a woman. Her name was Margaret A. Wilcox. She was born in Chicago in 1838 and was 55 when she got the patent for the first car heaters in 1893. Most auto manufacturers in the early 20th century didn’t bother with her invention. They felt it was too cumbersome and too expensive to add onto their vehicles. One car company turned it down because she was a woman.They felt that it was an unnecessary expense that wasn’t worth their production time. However, by the mid and late 1930’s car manufacturers finally saw the potential of adding this new feature to their automobiles, Nash being the first in 1937. It didn’t take long before not only automobiles, but trucks and buses would be adding this feature as well in the coming decades. By the 1950’s heaters were standard in cars.

The Life Raft – Maria Beasely came from Philadelphia and was an inventor who had fourteen different patents in the U.S. and Britain. While some of her other inventions included foot warmers, cooking pans, anti-derailment devices for trains and found their niche, it was the life raft that Ms. Beasely is best known for. She received the patent for it in 1892 and had it on display at the World Industrial and Cotton Exposition in 1894. After that Exposition they were soon bought by various ship companies as a new safety measure in case of emergencies. While they had been used very little, thankfully, the really big test would come in 1912. They were put to big use on the fateful ocean liner, the Titanic. For the 1,700 lives lost, Maria Beasely’s invention  was able to save 710.

Wireless Transmission Technology – Hedwig Eva Maria Kiesler was born in Vienna in 1914. As a child she was always fascinated by electrical things and was also a woman who was extremely intelligent. During the Nazi reign in Europe she left her homeland and came to the U.S. in the 1930’s to continue a career she had begun in Europe. In addition to her regular career she was also very much into electronics. That interest in electronics and inventions would lead to Ms. Keisler inventing a secret communications system during World War II for radio-controlling torpedoes and employing “frequency hopping” technology that would help fight the enemy. All of this that was used in WW II to some degree would lay the groundwork for everything from Wi-Fi to the GPS and more that is in use today. By the way, this female inventor was better known to fans by her Hollywood movie name…..Hedy Lamarr.

Fire Escapes – Anna Connelly was one of the first women after the Civil War allowed to submit designs for products and inventions for patent. She received the patent for ideas and designs for the fire escape in 1887. Her design was a revolutionary way to make buildings safer by adding an exterior staircase with platforms between levels to prevent people from falling several stories down a flight of stairs inside a building during the panic of an emergency. This new safety invention would also enable fire fighters to more effectively target fires by allowing them to haul water to specific areas of the structure, which decreased the personal risk to the fire fighters and allowed then to battle the blaze more quickly. So for the thousands of lives that have been saved due to this invention over the past 130 years,  thank a woman.

The Dishwasher – Chipped china led to the invention of this modern day appliance. Josephine Cochrane  was married and lived a fairly high society life with her husband. One night after entertaining friends the kitchen staff went about the daily task of washing the dishes. However, some of the fine china got chipped and Ms. Cochrane was very angry over it. This caused her to work on a design for the dishwasher. After trial and error she finally had the right design and schematics for her invention and received a patent in 1886. Rather than homemakers, her first sales of this new machine went to high society hotels like the Palmer House in Chicago and others that followed before it became available to the homemaker. She also convinced restaurants to have this new machine and they also began to use them. She founded her own company and was doing very well. Ms. Cochrane died in 1913 and in 1916 her company was sold and would eventually become the Whirlpool Corporation.

The Windshield Wiper – Mary Anderson was born in 1866 in Alabama and would become a rancher, a real estate developer and inventor. In the winter of 1902 she made her first trip to New York City for some real estate business. Leaving the train station and taking a trolley on a snowy day she noticed the driver had to stop quite frequently in order to wipe snow from the front window. After returning back home to Birmingham, Mary went about working on designs and came up with her invention of the first windshield wiper. It was made up of a squeegee on a spindle that attached to the inside of a vehicle. All the driver had to do was pull the handle on her new contraption and the front window would be cleared of snow and rain. She received a patent for the wiper in 1903 but automobile companies were not interested. They felt the back and forth movement of the wiper would hamper a driver’s vision. It would take a decade or more before car manufacturers would finally decide this had merit and add the windshield wiper to their cars. Cadillac, in 1922, would be the first automobile company to add them as standard equipment on all models.

We just scratched the surface here as there are many more that were invented by women. There is the refrigerator, Kevlar, telecommunications technology (see the film Hidden Figures), closed circuit television, central heating, the ice cream maker and one of the most popular board games in history, Monopoly. So the next time you use any of these products that we have mentioned, say a quiet thank you to the women who paved the way long before there was any move towards equality.

Some information in this feature came from Buzz Feed, Hannah Jewell, history.com,Womenyoushouldknow.net,Wikipedia