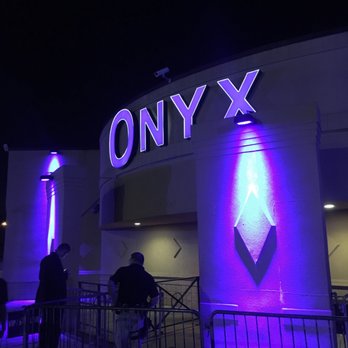 The Lastest News From ACE

TEXAS CLUB GRANTED TRO AGAINST CITY TO RE-OPEN AS RESTAURANT

Club Onyx in Houston, TX was granted a temporary restraining court order to reopen for business as a restaurant after a district attorney claimed that the club was not a restaurant and ordered police to arrest the the company president if the club failed to comply to the Phase I coronavirus lockdown measures.

Club Onyx opened its doors at midnight on Friday after Texas Gov. Greg Abbott issued an order allowing some businesses, including restaurants, to reopen at twenty-five percent capacity.

Eric Langan, CEO of RCI Hospitality, told ACE National that the club had a legal full-service restaurant license where strippers provided entertainment for diners in the same way a live band might entertain people at a steakhouse.

Police arrived but weren’t quite sure how to handle the opening for fear of not having probable cause, particularly when Langan was able to produce the appropriate documents for police. Langan showed authorities and news crews his full-service restaurant permit from the Houston Health Department that lists the club as a “full-service restaurant”.

A district attorney was called in, who finally claimed that because Langan had checked the SOB box on his TABC license that the club didn’t quality as a restaurant and ordered police to arrest Langan if he failed to comply. Langan avoided arrest because police said they didn’t want to arrest him. Since there was only an hour or so left before the club normally closed, he closed. But he didn’t stop there…

Trump Inc. attorneys filed a federal suit the following morning, claiming that Langan’s civil rights were violated when the club was forcefully closed. Langan planned to open the following day with or without a TRO and told ACE that if arrested, at least he’d receive, “three squares and a concrete cot.”

In court documents, Langan claimed that his business was operating as a restaurant and therefore should be permitted to open.

About 180 patrons visited the club and followed social distancing guidelines. Club staff and workers followed sanitation guidelines, including no private or lap dancing.

One Club Onyx Facebook post states: “Seating will be limited as we will be following state guidelines and health recommendations of social distancing. We will have sanitary stations set up with hand sanitizer and all staff will be practicing the strictest sanitary guidelines.”

A court order for a permanent injunction is scheduled for this coming Friday.

Houston Mayor Sylvester Turner asked Governor Abbott, in a public statement, whether Abbott intended for such businesses to be part of his order.

“If not, I am also asking the state via the Texas Attorney General to enforce the state’s order because the city cannot afford to expend its limited resources, i.e. fire and police, to defend the state’s order that a federal judge is now questioning,” he said.

For now, Club Onyx remains open, hoping for a permanent RO on Friday. Club owners across the country both laude and show concern for the bold move. Some think Langan’s courage is brilliant while others fear far worse retaliation once Covid concerns are lower and businesses reopen.

“Look,” Langan told ACE National, “This particular club has a full restaurant license in compliance with both the law and the order for Phase I re-opening within the state of Texas. People need to be safe, yes…but they also need to feed their families and if you’re a legal business, you shouldn’t have to fight for your rights, but if you must, you should.”

EXXXOTICA Expo 'Doing It' Bigger Than Ever In NJ This Weekend