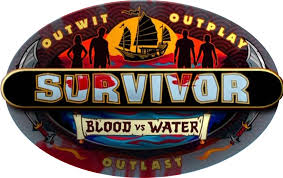 Tampa Bay’s Monica Culpepper finished second in the CBS Reality Series Survivor: Blood vs. Water last evening. The wife of former Tampa Bay football player Brad Culpepper reached the finals only to lose to professional bicyclist Tyson Apostol. Monica won several challenges and played a great game but should have blindsided Apostol when she had the chance. Instead, she stayed true to her alliance with Tyson and that choice ended up costing her the $1-million prize.

Anybody who thought the Tampa Bay Buccaneers had improved enough to play against one of the elite teams in the NFL was brought back to reality yesterday when the San Francisco 49ers flew across country and smacked the Bucs down by a 33-14 score. With two games left in the regular season, the Bucs have a 4-10 record and are looking at road games against the St.Louis Rams and the New Orleans Saints to finish the season (can you say 4-12)? The off season will be filled with question marks … will Coach Schiano return? Is Mike Glennon the team’s quarterback of the future? Does the team need another general manager? It should be a fun-filled time in Tampa Bay!

On the bright side of sports the Tampa Bay the Lightning shut out the Detroit Red Wings in the Motor City yesterday behind a great game by goaltender Ben Bishop. The Bolts have a 19-11-3 record and have a game tomorrow evening against the New York Islanders. Coach Jon Cooper has the team playing great despite the loss of superstar Steven Stamkos who is out with a broken leg. The team is third in the Eastern Conference with 41 points trailing only the Boston Bruins and Montreal Canadians.

Be careful when you’re Christmas shopping. Richard Levy, 72, of Pinellas Park was arrested for selling fake, knock-off, counterfeit merchandise at the Wagon Wheel Flea Market. Levy was selling what he claimed to be authentic Fendi, Prada and Versace brand goods. Officials confiscated over 800 items and additional charges are pending.

Last but not least … the season finale of The Voice takes place tonight on NBC at 9:00pm. Will it be 16 year old Jacquie Lee or Will Champlin (both from coach Adam Levine’s team) or Jamaican singer Tessanne Chin who was under the watchful eye of Christina Aguilera? All three have done a great job and you can bet they will all have recording contracts in the very near future!

Have a great week everybody !!!