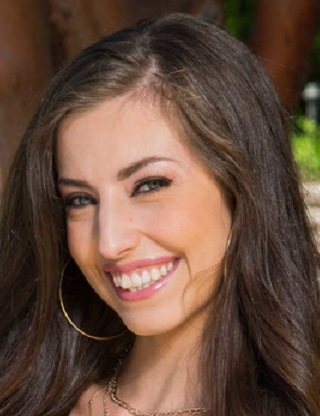 This week we introduce you to a petite young lady from Indiana who is proof that big surprises do come in little packages. She is making it big in the adult industry with some blazing scenes and cam appearances. This new year of 2022 could be the big break out year for this talented female. Her name is Spencer Bradley.

Spencer was born on September 8, 1994 in South Bend, Indiana. She did all her schooling there and is an only child. She was pretty popular in high school and got her cosmetology license before she graduated. After graduating, she attended Ball State University. College life was short lived however, as she began to pursue other avenues.

She went to work as a stripper and exotic dancer and also began to shoot and sell her own video through her own web site. This move got the 5’ pixie  noticed, not only by a growing fan base but agents as well. She was contacted by several and then decided to make the move to shooting hardcore scenes. That was in late 2019 and a new career was born.

From dancing on stage in clubs and then selling clips online she jumped right in and shot her first hardcore scene with JMac and also began being represented by Jonathan Morgan’s NeXXXt Level Talent. She said with everyone there and the very professional setting, doing that first scene was very comfortable and natural for her with no problems.

So now her career was underway along with a name change. When she was stripping she used Anastasia. This sexy pixie said that she wanted a more unisex name and so they came up with Spencer. Needless to say the name change has worked well and her work in films and her growing fan base was on the increase through 2019 and into 2020.

Among the projects she worked on she also had the pleasure of working with established stars like Lauren Phillips, Prince Yashua, Charles Dera and others. From 2019 in to 2020 everything was going great, her fan base was growing the films were happening, then along came COVID and everything slowed to a crawl for the entire industry.

Now we are in a new year, the industry is hopping and this sexy, talented young lady with the big smile is ready to take the ball and run with it. We honestly believe this will be a huge breakout year for her and that her full potential to be a big star in adult in ready to happen. I am very pleased to have Spencer Bradley as my “Girl of the Week’ here on AAN.

Girl of the Week –  Cory Chase