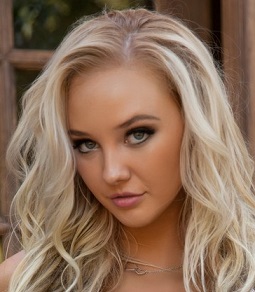 Girl of the Week – Paisley Porter

Paisley was born on October 13, 1995 in the great city of Austin, Texas. She did all her growing up and schooling in Austin and was an excellent student. She was also very dedicated to the sport of gymnastics. The fact is, she was so good that she was actually training for the Olympics as a teen. But a serious back injury when she was just sixteen put an end to the dreams of Olympic gold.

After she graduated from high school Paisley decided she wanted to become a model, so she moved out to San Diego to pursue her new goal. She had always wanted to be able to pose for Playboy. Once she got settled in San Diego that dream came true as she did pose for Playboy and also Hustler as well. She also did some for foreign Playboy’s as well.

With that goal accomplished and having made some contacts in adult. Paisley was off to her next challenge. She is a very goal oriented young lady and when she sets out to do something she goes all out for it. Once she accomplishes what she has set out to do she moves on to the next challenge and this time it was to check out the adult industry and become part of it.

Having some contacts in the business she followed up and did a lot of research on various agencies to make sure she was going to be headed in the right direction. With a move like this Paisley wanted to be certain everything was right. In the spring of 2019 she signed on with The NeXXXt level Talent Agency run by former adult star Jonathan Morgan and Andre Madness.

There is a lot more to come from this sexy, blue/green eyed, busty blonde. Now that the industry is getting back to a more normal state, you can expect see her in a number of upcoming releases. The future is very bright for this Texas girl and I am very pleased to have Paisley Porter as my “Girl of the Week” here on AAN.

COVID-19 UPDATE FROM ACE ... WHEN WILL CLUBS REOPEN?