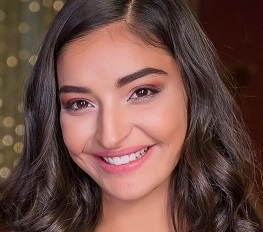 Just over a year ago we introduced you to this lithe, long haired brunette who comes to the adult scene by way of Argentina. She has been in the business for a couple of years, but in this past year , even with the COVID 19 pandemic, she was very busy and garnered award nominations from NightMoves, XRCO, AVN, XBIZ and won more than a dozen of them from all these organizations. Her performances cover a lot of genres and she is definitely a major star on the rise. Her name is EmilyWillis.

She is one very busy young lady and the scenes and offers will keep coming as will the awards and nominations. She is extremely talented, likable, totally the real deal and the best is yet to come. With the industry slowly coming back to some kind of normal you can look for much more from her. She has the drive, desire and all the makings that have made her a major star and we wish her every success. I am very pleased to re-introduce Emily Willis as my “Girl of the Week: here on AAN.

Girl of the Week – Alyssia Kent