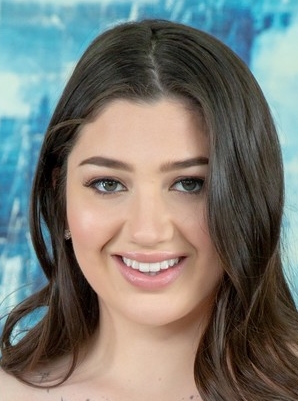 Girl of the Week – Alyx Star

This week we introduce you to another of the newer bright lights in adult films. She has been on the scene since late 2019 and you can’t miss her when she enters a room. She tall, busty with a big smile and loaded with many talents. Her climb has been steady with some sizzling scenes to enjoy. Her name is Alyx Star.

She was born on September 7, 1998 in the San Francisco bay area. It was here that she grew up, attended school in her formative years. In school she was quite the athlete playing on the soccer team. Between athletics, good grades and school friends she had a pretty busy and active life. It was also at that time Alyx lost her virginity to another girl on the team.

A very articulate and intelligent young lady, Alyx graduated when she was just sixteen. She moved to Oregon and supported herself working in a coffee shop and also babysitting. When she was eighteen, she was posting some photos on social media and she was contacted by Motley Models. She discussed it with her mother who was supportive but told her to wait until she was twenty one.

In December 2019 Alyx made her debut in a hot scene for Net Video Girls. It went over so well for this tall, 34DDD stunner that she did several more for them before moving on to other avenues. Now very comfortable in her new career she continued doing a number web scenes along with films. Even during the pandemic she kept building her fan base via the web.

Since that debut Alyx has done some varied scenes for companies like Digital Sin, Penthouse, Naughty America, Girlfriends Films, Dark X, Jules Jordan and a lot more. In addition to webs scene for the likes of Cherry pimps and others. She has done boy/girl, girl/girl, interracial and more genres showing off that fantastic womanly body and her glowing talents.

If you have not seen this all natural beauty in action as yet, we have a few suggestions for you that are guaranteed to make you an instant fan. Check her out in “Stacked 12” for Hard X, also “Twisted Passions 30” for Girlfriends Films. There is also the wild “Raw 42” for Jules Jordan Video and the more recent “My Girfriends Busty Friend 30” for Naughty America  plus others you can check out as well.

This young lady certainly makes you take notice with being tall, busty, sparkling eyes, long brown hair and winsome smile and a desire to please. As we head into summer, I think the remainder of 2022 will be a breakout time for this young starlet. She certainly has all the right moves and a lot more. I am very pleased to introduce Alyx Star as my “Girl of the Week” here on AAN.

Girl of the Week - Brooklyn Chase