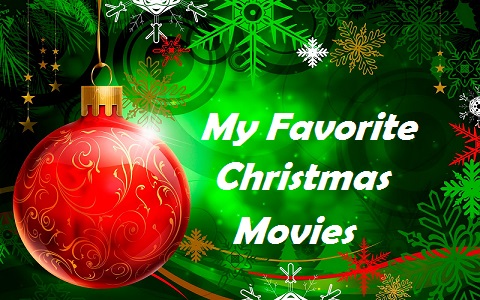 Needless to say, that past couple of years have been wacky, weird, strange, taxing, emotional and unpredictable. This pandemic seems to have no end and while we seem to be making progress, it just isn’t helping us get our lives back on track any faster. Then add in a bumbling, have no clue administration and it is even more unsettling. Hopefully 2022 we can all turn the corner and put this behind us. In the meantime the boatload of Christmas movies available should help bring some smiles, cheers and good entertainment to take our minds off our troubles for a couple of hours.

For me, be a traditionalist at some things, I have my 5 favorite Christmas movies that I never ever get tired of watching. I know many of you like films like Home Alone, The Grinch, National Lampoon with the Griswalds, The Santa Clause, Elf and others. I have seen them all and yes, they were fun and enjoyable, but none of those are in my personal top five. So here is what I truly enjoy every Christmas season.

5. White Christmas -1954 – It stars Bing Crosby, Danny Kaye, Rosemary Clooney and Vera Ellen. They are entertainers with a love story, but the main focus is helping others. The guys find out that their former commander in WW II, played by Dean Jagger, is having financial problems with his Vermont lodge and may lose everything. So the four entertainers get together and decide to put a big show together that will bring out the people. It will also give him a great unexpected Christmas present saving his lodge. Jagger is overwhelmed at the gesture, but in the end everything works out for the best. In the romance department that all works out as well. Of course the song “White Christmas” makes a big production appearance. The only Oscar nomination was a Best Original Song for “Count Your Blessings” but didn’t win. Rosemary Clooney, who sang it, did have a pop Top 10 hit with it however.

4. Polar Express – 2004 – This film stars Tom Hanks playing about six different characters in the movie. The film features human characters animated using live-action motion capture animation. The story is about a young boy who, on Christmas Eve, sees a mysterious train bound for the North Pole stop outside his window. he is curious and then he gets invited aboard by the train’s conductor. The boy joins several other children as they embark on a journey to visit Santa Claus preparing for Christmas. It has it’s share of drama, and humor, and will touch the heartstrings. It will make you smile, bring a tear or two but most of all make you believe. It was nominated for 3 Oscars but unfortunately did not win any. Still it has become a classic and spawned off various model train sets of the Polar Express by Lionel and other train makers. (I even have one.)

3. A Christmas Story – 1983 – This has become another classic  “must see” Christmas film. There is even a marathon viewing for twenty four hours on TBS every Christmas season. The story, if you don ‘t know by now, all revolves around Ralphie, his somewhat off the wall family, a leg lamp, pink bunny pajamas, a Red Ryder air rifle and a lot more. And of course the unforgettable scene of Triple Dare when bullies make one of Ralphie’s friends stick his tongue on the flag pole and it freezes. There is a lot going on in this comedy, but it is a great relief from all the stress we have been through the past two years. While it never won any Oscars it is always in the Top 10 of any list of all time best Christmas movies and is a favorite for all ages.

2. It’s a Wonderful Life – 1947 – The quintessential holiday ‘must see” movie.   It is a story about never giving up no matter bleak things may look. In this film family man George Bailey, expertly played by Jimmy Stewart, is ready to give up and ready to jump into the river and end it all. But a guardian angel, Clarence, played by Henry Travers, comes along and shows him that life is more than material possessions. He shows George how he has touched the lives of so many and how different life would be for his wife Mary, played by  Donna Reed, if he had not been born and how his town of Bedford Falls would be. He shows him there are ways to overcome everything and be the complete and honorable man he really is.  It was nominated for 5 Oscars and lost out on Best Picture to “Best Years of Our Lives”. It was also Stewart’s first film after he returned from serving in WW II and because of the heavy dramatics it helped him battle his PTSD he suffered from the war.

1. Miracle on 34th St. – 1947 – It was great marketing to release this on New Year’s Day and become one of the biggest films of the year and then release it again during Christmas season. If there was ever a story to make you believe this is certainly one of them. The story of an elderly man, Edmund Gwenn, who claims to be the real Kris Kringle while working as Santa at Macy’s  and the havoc he causes because no one believes him. However there is a little girl,  a 10 year old Natalie Wood, who becomes a believer and a champion for Santa against her mother’s wishes, who works at Macy’s in an executive capacity, who is played by Maureen O’ Hara. Kringle is hauled off to jail and a lot of drama takes place. In the end when the jury finds in favor  of Kringle who can dispute whether there is a real Santa Claus or not? It also won 3 Oscars and other awards.

Holiday Inn – 1942 – Starring Bing Crosby, Fred Astaire and Marjorie Reynolds. It was a love story, a story of dreams and hopes. While the story line is good and well done, this film was responsible for one very important milestone. This was the film that introduced the world to the original Bing Crosby version of Irving Berlin’s  “White Christmas” which would go one to not only become a holiday classic, but also the best selling Christmas song of all time. The film’s only Oscar came for “Best Original Song” which really came as no surprise to anyone.

There you have my personal Christmas film favorites and my thoughts. Regardless of what holiday movies we all like they bring us some much need smiles and a sense of believing in today’s mixed up world. I sincerely wish for every one of you to have a very safe, healthy and Merry Christmas and a joyous holiday season.

Art’s World – Some This and That