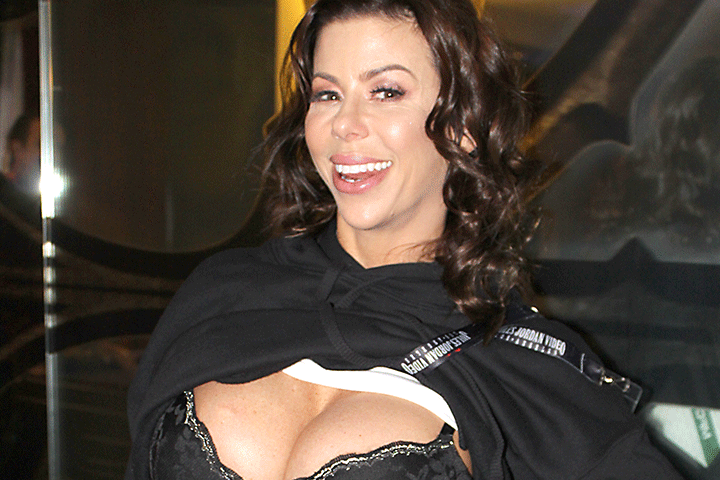 I was excited when I was told I had the opportunity to meet and interview Alexis Fawx. This amazing lady stands 5’4” tall and has a 32DDD-24-33 figure! She told me she was a total “nerd” growing up and joined the US Air Force out of high school. She spent 3 ½ years in the service and was discharged a few months early due to the passing of her father. She then went to college and graduated with a physical psychology degree. She moved to Florida and was working as a para-legal when she answered an ad on “Craig’s List”. She was intrigued by the idea of having sex on film and making money … within a few months she filmed her first scene for Bang Bros. called “Dancing Bear” in 2010.

“I do everything I can to make myself a priority. I love working for myself and controlling my own business. I can film when I want and only do the things I want to do. I’ve done over 200 films and been nominated for various awards,” she said. “Along with the adult industry I also produce a live comedy show that happens at the “El Cid” in Los Angeles. The show is called “High as Fawx” and, yes, it is very cannabis friendly! I book comedians and all acts and love doing it”!

Alexis can be found everywhere on the web including: @AlexisFawxLove  on Twitter and AlexisFawxLive on Instagram. She has worked with every big name in the industry and hopefully we will get her to this year’s NightMoves Awards!