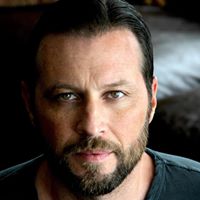 LOS ANGELES—In recent years, some prominent adult performers and directors have been invited by University of California, Santa Barbara professor Constance Penley to speak at her Topics in Popular Culture: Pornography class. This summer, however, Penley brought adult auteur Axel Braun to a different class—professor Cheri Steinkellner’s Hollywood: Anatomy of an Industry—to speak at a retrospective of his work.

Penley co-moderated the event with Steinkellner, and the class attracted more than 250 attendees from multiple fields of study, from first-year students to advanced film and media studies majors.

Students gathered inside UCSB’s Pollock Theater, a facility dedicated to year-round programming of a diverse array of films and filmmakers. Professors Steinkellner and Penley interviewed Braun, the son of adult pioneer Lasse Braun and the father of director Rikki Braun, at length as part of the course’s series of celebrity interviews. (Coincidentally, one of the guests shortly before Braun was actor Michael Keaton, one of the most iconic of the many screen Batmans—and reportedly, Braun’s parodies and homages to the Dark Knight were mentioned.)

As anyone who’s ever met the director knows, Braun is a natural raconteur—and he has a great story to tell. The Wicked Pictures director discussed myriad aspects of his life in a deep-dive conversation punctuated by trailers from his many AVN Award-winning parodies.

“We hid him in the audience,” Braun told AVN. “About 20 minutes from the end, after showing trailers from movies, [I said], ‘You saw him as Luke Skywalker, Captain Boomerang and Deadpool—I want you to give a warm welcome to Seth Gamble.’ He came on stage and people went crazy.”

AVN’s only four-time recipient of the Director of the Year title, Braun has been having a good year in 2019. He claimed his ninth consecutive Best Parody AVN Award, his seventh Best Screenplay, fourth Movie of the Year, and second consecutive Best Director – Feature win.

The Wicked Comix blockbuster’s NightMoves accolades include a Best Actor nomination for leading man Seth Gamble’s transformative performance as Wade Wilson—the highly trained mercenary whose amazing regenerative abilities are second only to his raunchy humor. (Gamble nabbed the Best Actor honors for the role at the 2019 AVN Awards.) And Braun’s collection of nominations for the movie include both Best Director – Parody and Best Comedy/Parody/Spoof Release.

“I love NightMoves!” said Braun. “The folks who run the show, Paul, Traci and Art, are good people who honestly care about the industry, and I am honored to see my work recognized by them once again. Needless to say, I am thrilled for all the Deadpool XXX noms, especially the one for Best Actor that Seth Gamble received. There would have simply been no movie without him, just like The Possession of Mrs. Hyde would have never been made without him and Avi Love, whose terrific performance as Valerie Hyde is nominated for Best Actress. I always make it a point to fly to Tampa and show my support and my respect for all the hard work that these guys put into the NightMoves Awards and their week-long Caravan of the Stars, and I’m very much looking forward to seeing everybody again in October!”

For more about the NightMoves Awards, visit Nightmovesonline.com. Voting can be accessed here.

For more on Professor Steinkellner’s “Hollywood: Anatomy of an Industry,” click here.